From Thursday, June 11 to Sunday, June 14, 2020, The Ninth Symphony, by Maurice Béjart to the music of Ludwig van Beethoven is available for free viewing:

“ The Ninth Symphony is a profound human participation in a masterpiece that belongs to the whole mankind, and is not only played and sung here, but is danced (…)”. – Maurice Béjart

The Béjart Ballet Lausanne would like to warmly thank the Maurice Béjart Foundation, the Jacques Brel Foundation, EuroArts, NHK and Eagle Vision for their help in bringing this program to you. We would also like to thank the public, our partners and patrons including the City of Lausanne, EFG Private Banking, Hirslanden Lausanne –  Cliniques Bois-Cerf and Cecil, AGEFI and the Antenna Fondation (Solidarity partner of the BBL for shows of The Ninth Symphony at the Vaudoise Arena) for their precious support. 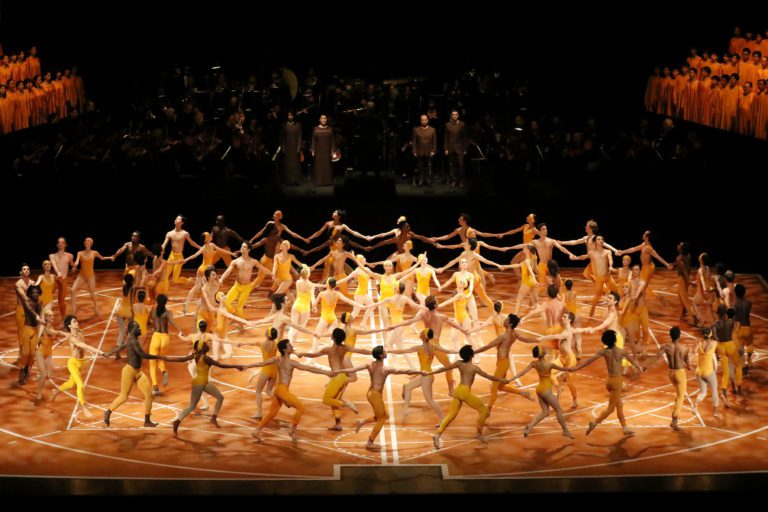