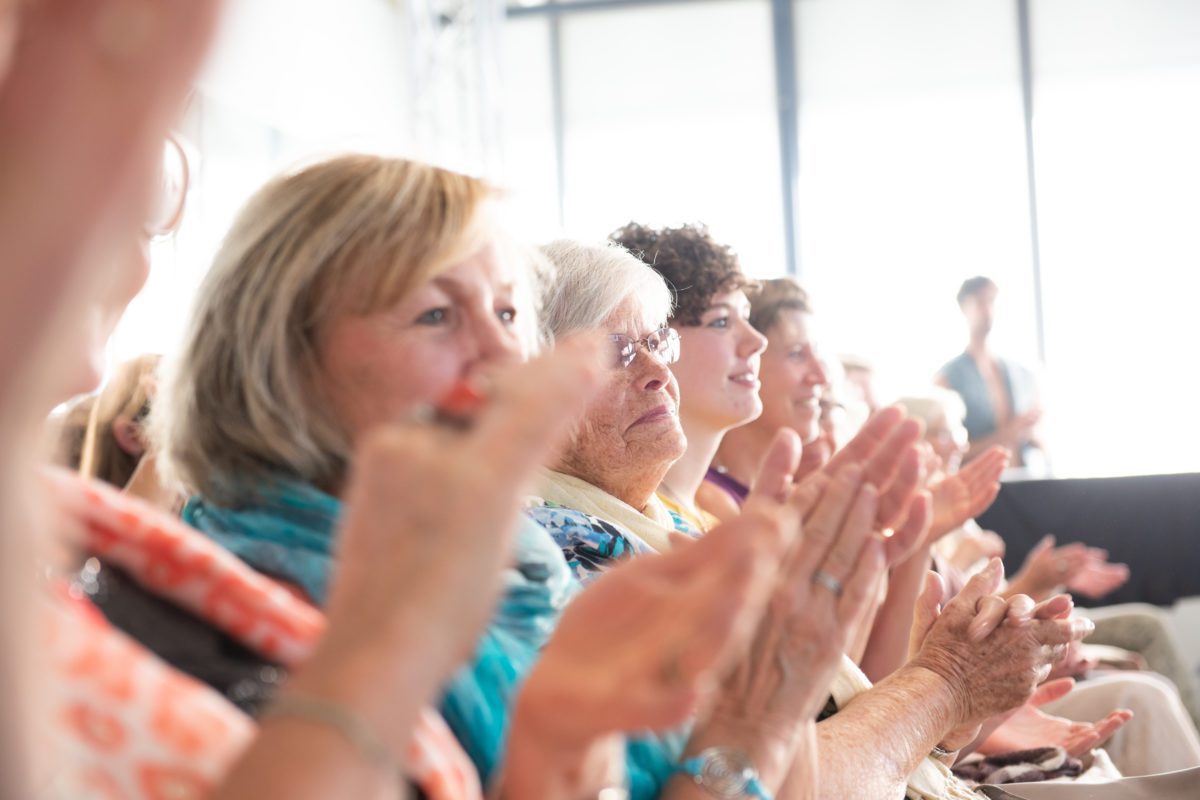 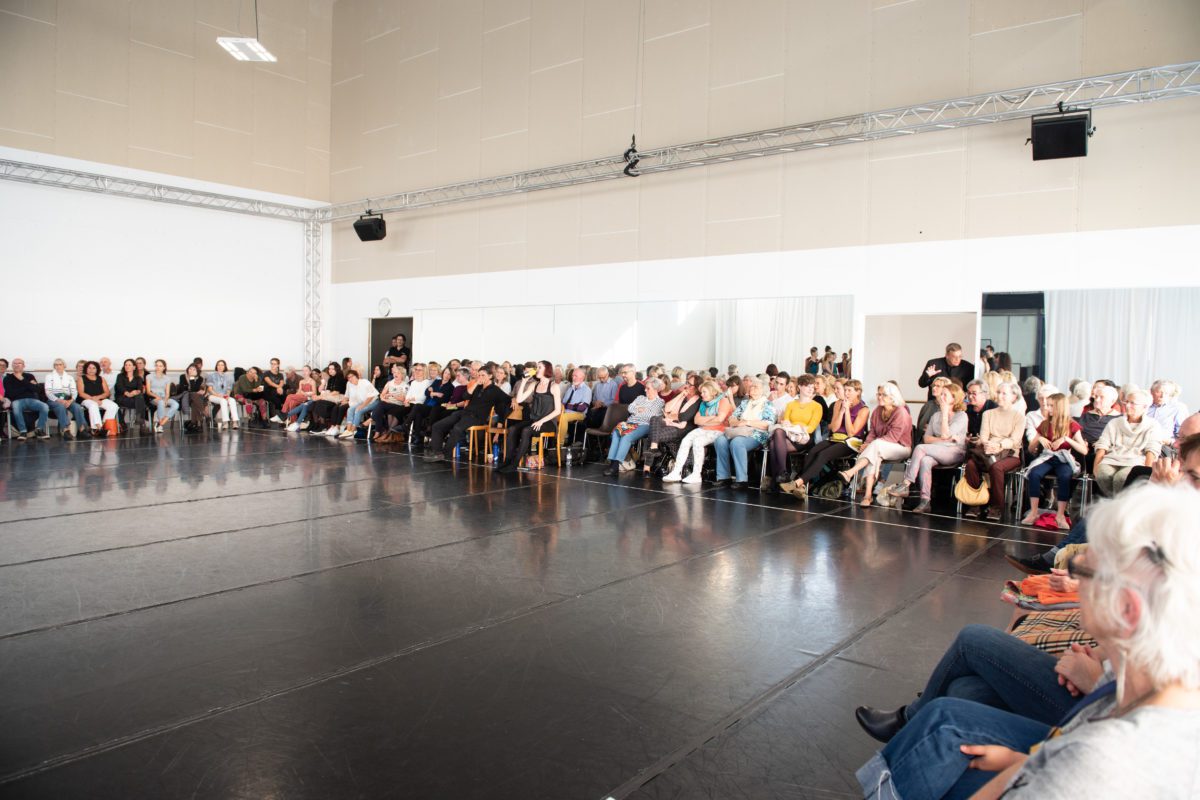 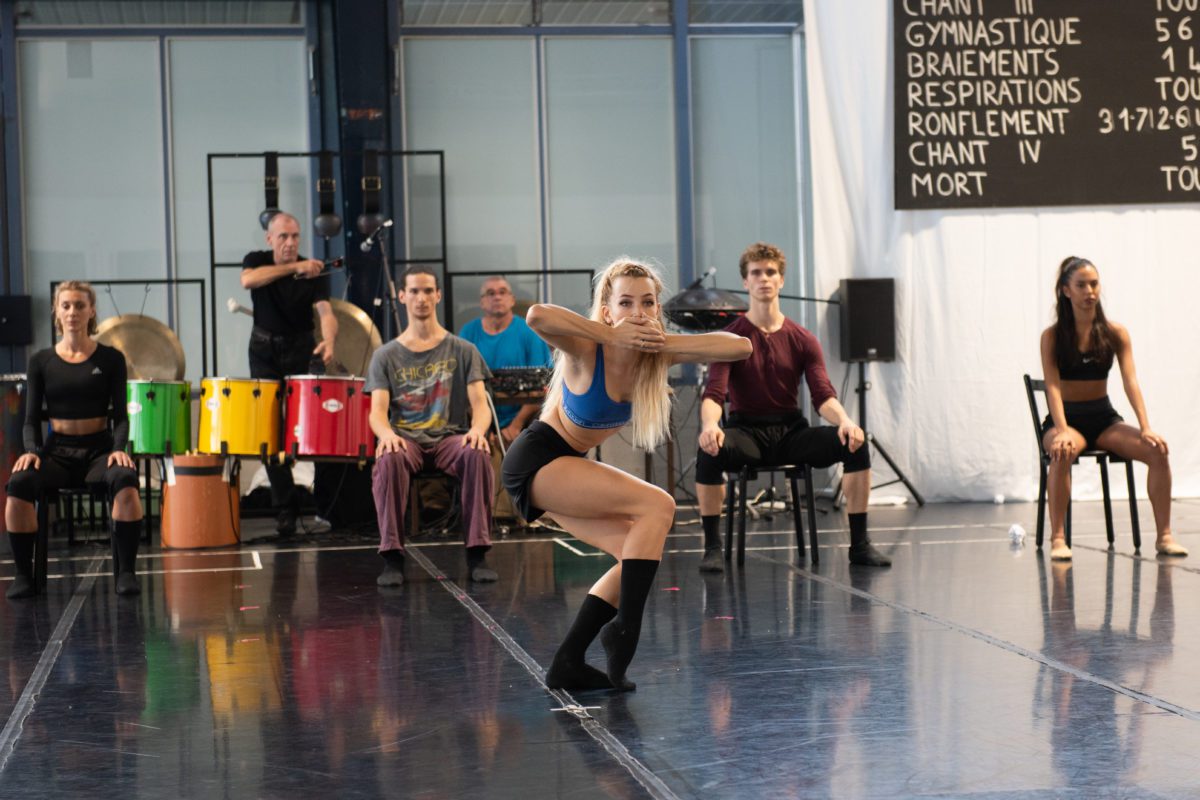 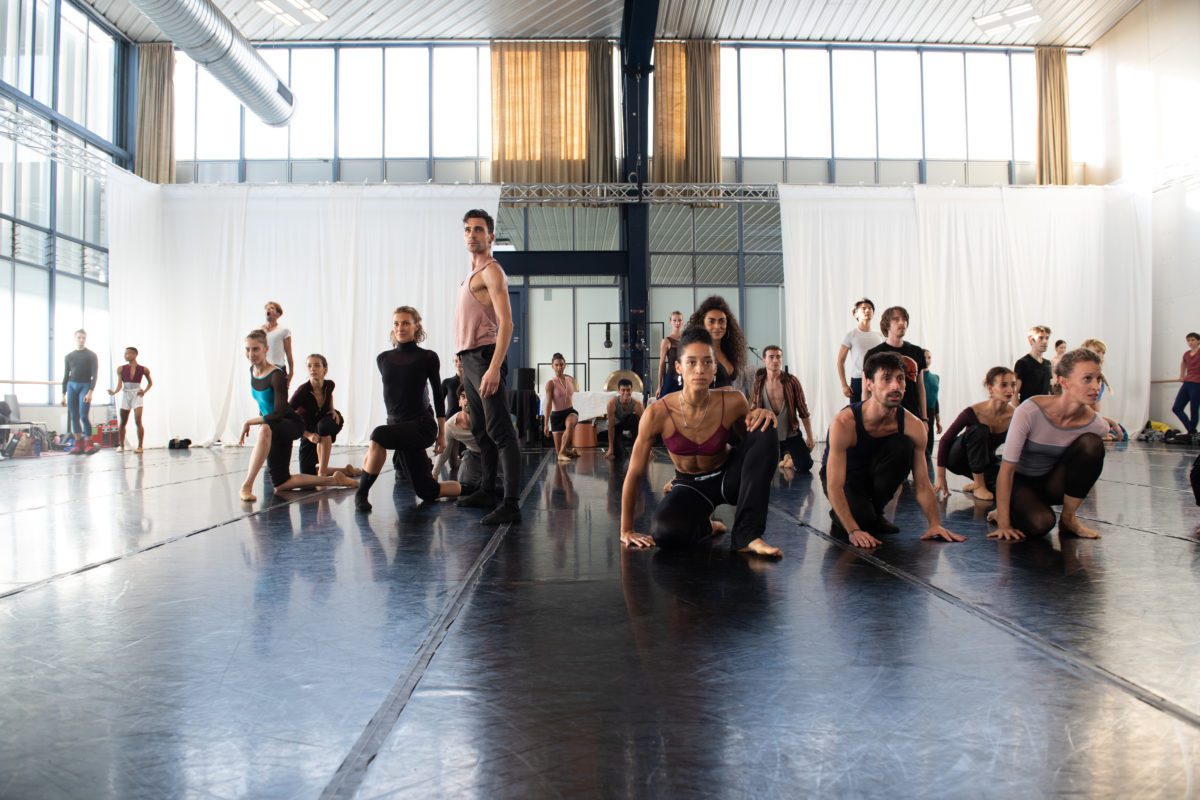 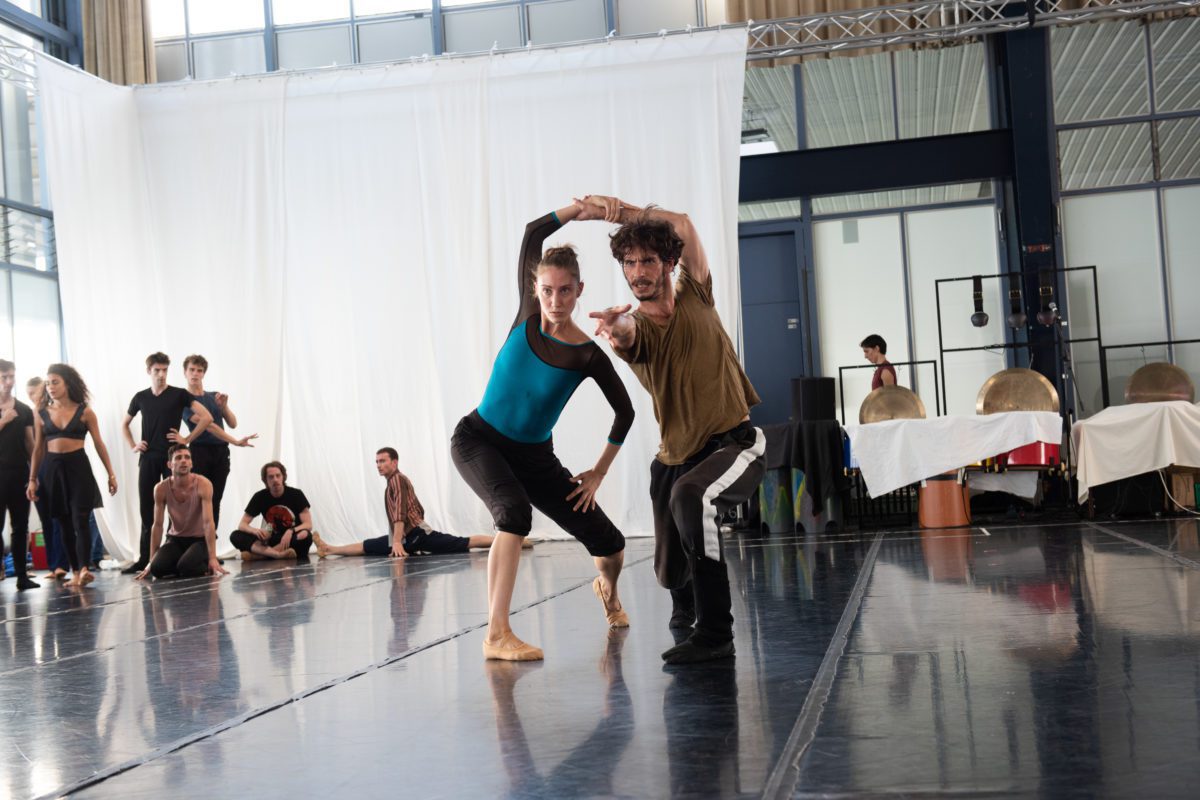 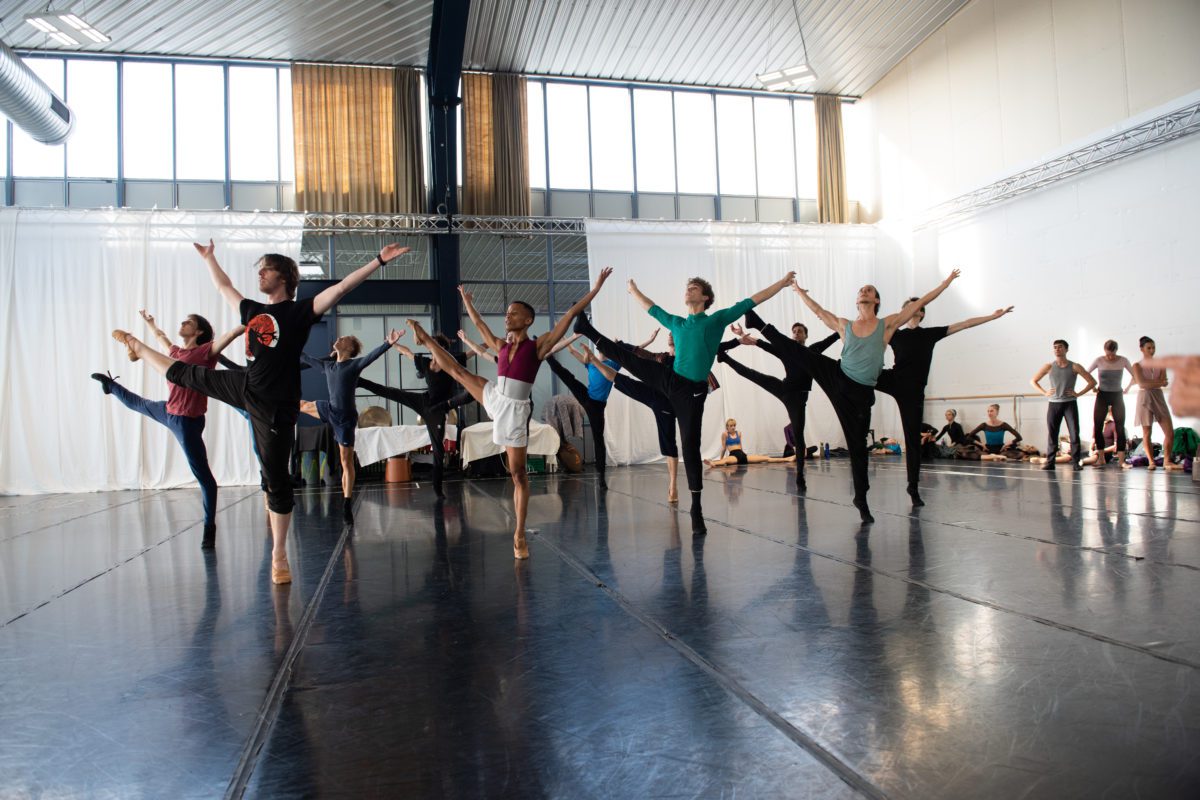 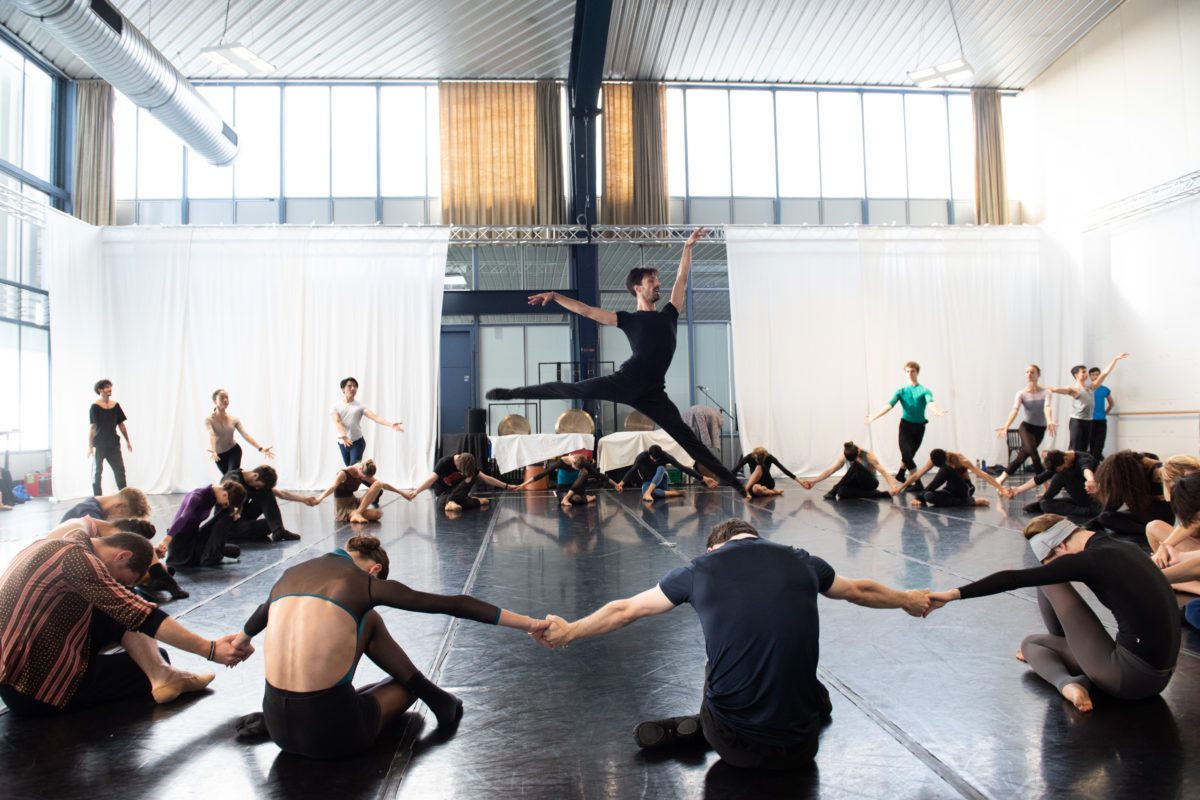 On Saturday October 5, the Béjart Ballet Lausanne welcomed the members of its Cercle des Amis. More than 120 friends were invited to attend rehearsals, as well as an exclusive improvisation workshop in the company’s temporary dance studios.

Under the watchful eye of Gil Roman and his team, the company’s dancers presented excerpts from the 7 danses grecques and Ballet for Life. Two ballets created by Maurice Béjart in 1983 and 1996 respectively. The company rehearsed to prepare its performances in Bucharest (October 12 and 13), as well as in Tallinn, Kaunas and Paris in the second half of October.

Gil Roman wrapped up the day with an improvisation inspired by Variations pour une porte et un soupir, on live music by Citypercussions.

Variations pour une porte et un soupir is an improvisation project designed by Maurice Béjart, originally set to the music of Pierre Henry. It is made up of a series of 16 variations, in which seven dancers, after drawing their number, “enter the stage to create a ballet that leaves out the choreographer.” – Maurice Béjart.

The BBL’s Cercle des Amis brings together ballet enthusiasts who are dedicated to preserving Maurice Béjart’s heritage and supporting future projects under the direction of Gil Roman.

Members of the Cercle des Amis have many advantages, such as:

The benefits depend on the category to which the members belong.

Become a member of the Cercle des Amis