From Thursday, June 4 to Sunday, June 7, 2020, Histoire D’Eux by Tony Fabre, Brel et Barbara (excerpts) by Maurice Béjart and The Choreographer – A portrait of Maurice Béjart a documentary by France Brel are available for free viewing.

“Manipulated by the gods, of which they are instruments, Dido, Queen of Carthage, and Aeneas, the Trojan hero stranded on the shores of the city after the destruction of Troy, fall madly in love and become lovers.

He, admonished to continue his journey and establish a new Troy in Italy, abandoned Dido.

She, desperate, took her own life.

Each fulfilling their destiny.” – Tony Fabre

“For the last 35 years, my loyal friend and sister BARBARA has been telling me: “I am the black light!” So I created a choreography about L’Aigle Noir. She then played in a movie called Je suis né à Venise, in which she was given the lead role, a character called the Bright Night, while Jorge Donn interpreted the Sun.

I met BREL in Brussels, where I was living at the time with my dance company. He was starring in Man of La Mancha at the Théâtre Royal de la Monnaie. He told me that “Someday, we will do something with Barbara and I”… – Maurice Béjart

The Choreographer – A portrait of Maurice Béjart

A documentary about the ballet’s creation, with interviews of the dancers and the choreographer, as well as archives of Jacques Brel and Barbara. Gil Roman and Elisabet Ros both received the Danza & Danza Award (2005) of the best dancer for their interpretation of the main roles of the ballet. (Director: France Brel, 2006). 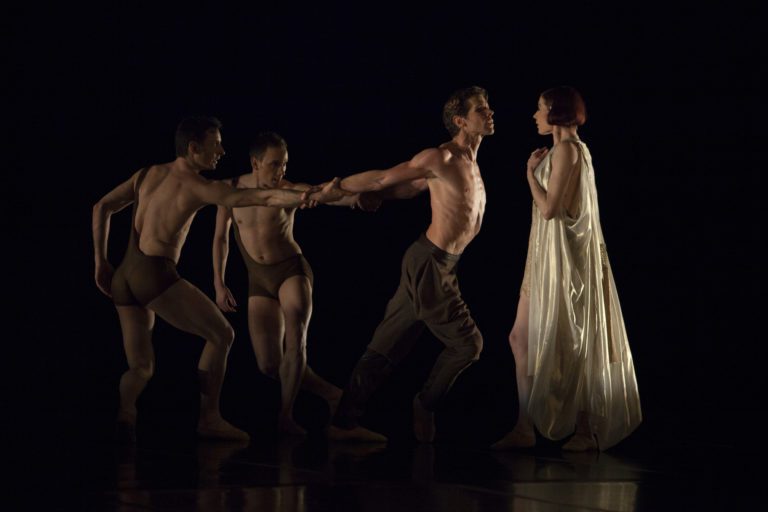 E-Boutique: All orders placed between July 19 and August 17 will only be shipped from August 18. We thank you for your understanding and wish you a great shopping! Dismiss