The Canton of Vaud’s State Council has awarded the Cantonal Merit to Gil Roman during a ceremony held in the Parliament Hall in Lausanne.

The Canton’s highest governmental and political authority thus honors “the remarkable contribution to choreography and dance” by the Artistic Director of the Béjart Ballet Lausanne.

This official award was established in 2006 by seven ministers in office at the time. It honors “a public figure whose work has an exceptional impact on the Canton of Vaud, and thus makes a significant contribution to the State’s development”. In his address thanking the Canton, Gil Roman included his company to the honor he received as well as the City of Lausanne, which enabled the company to flourish for over 30 years thanks to its financial support.

The Cantonal Merit is an honorific award that comes with a CHF 5000 check that the recipient donates to a public utility institution. Gil Roman selected the humanitarian association Voix Libres*, which supports children in Bolivia. “This financial support will allow 500 children to go to school rather than work in the mines,” said Marianne Sébastien, founder of the Geneva-based NGO. 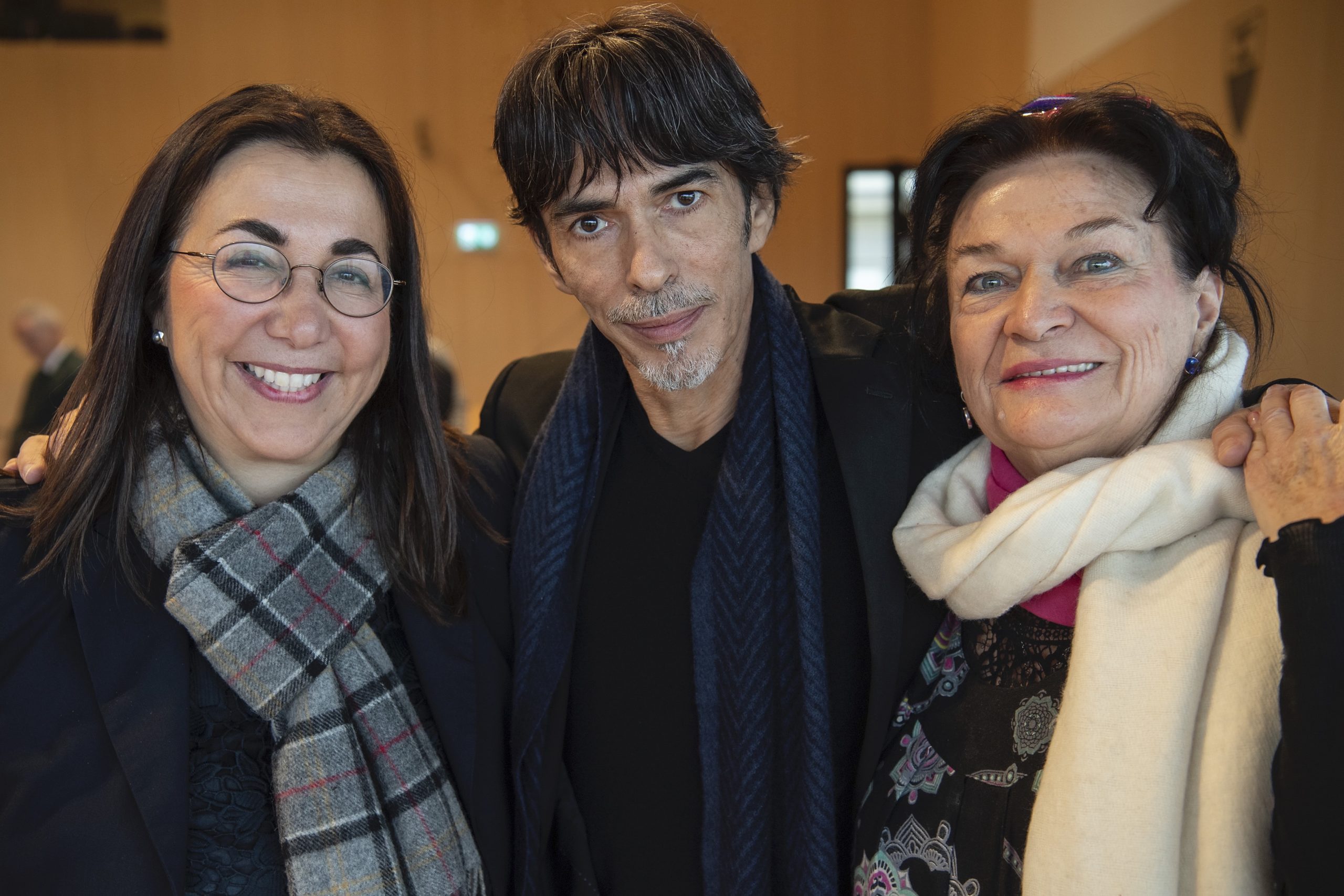 Cesla Amarelle – Head of the education, youth and culture, Gil Roman and Marianne Sébastien – founder of the NGO Voix Libres