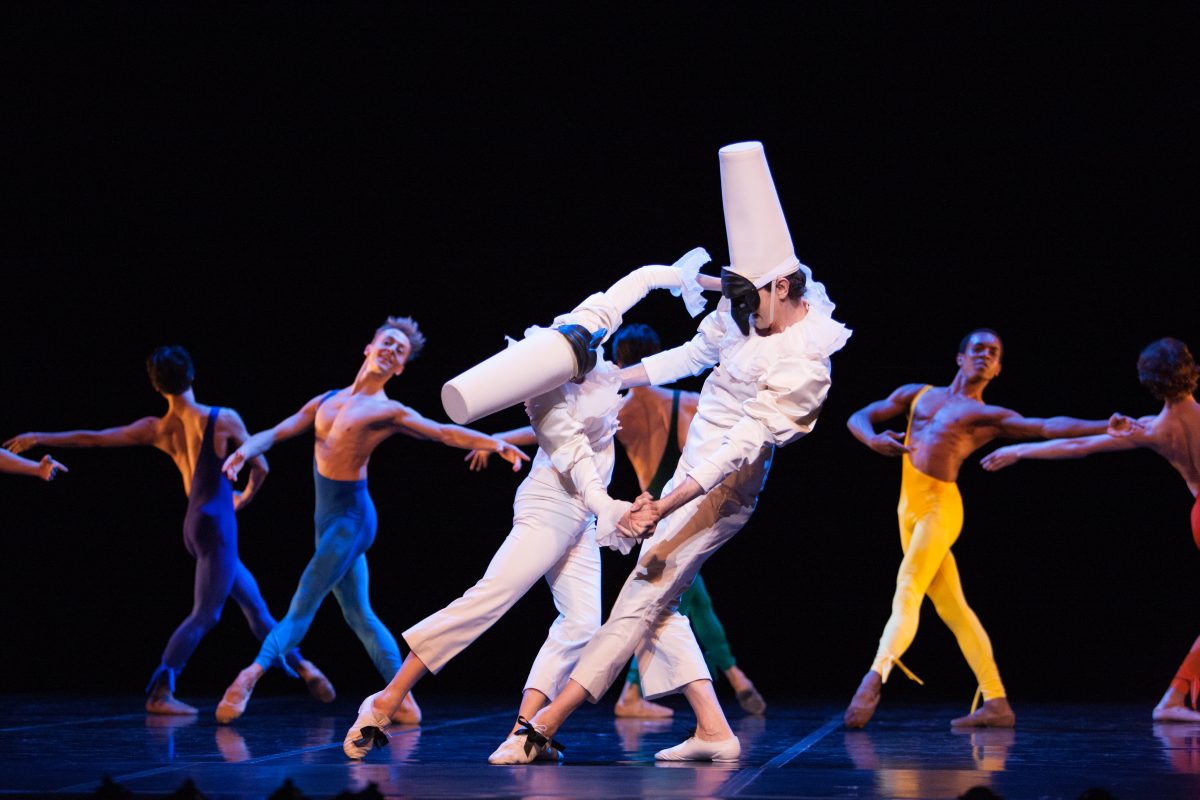 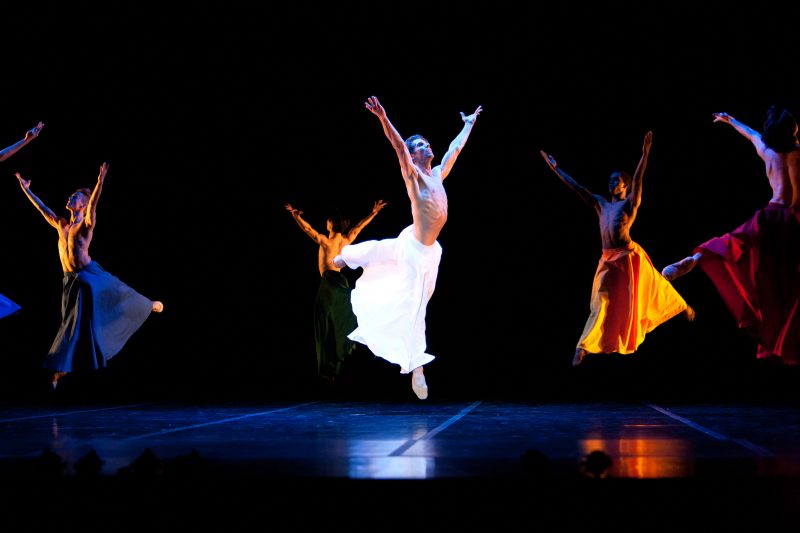 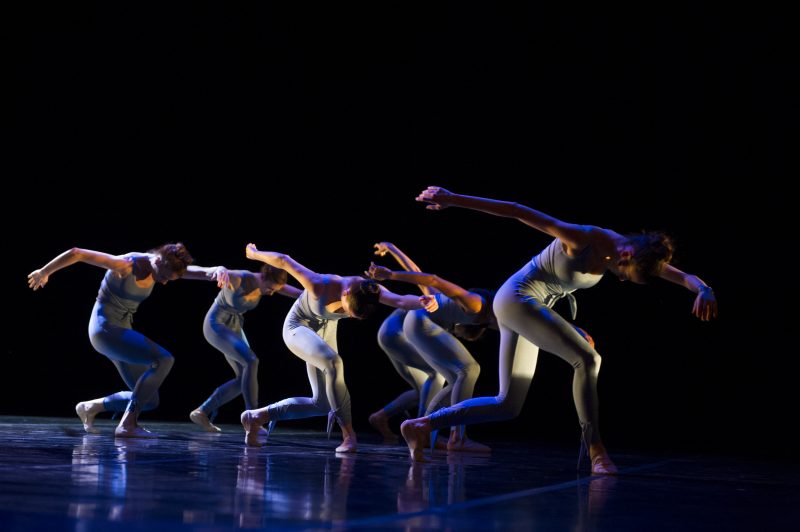 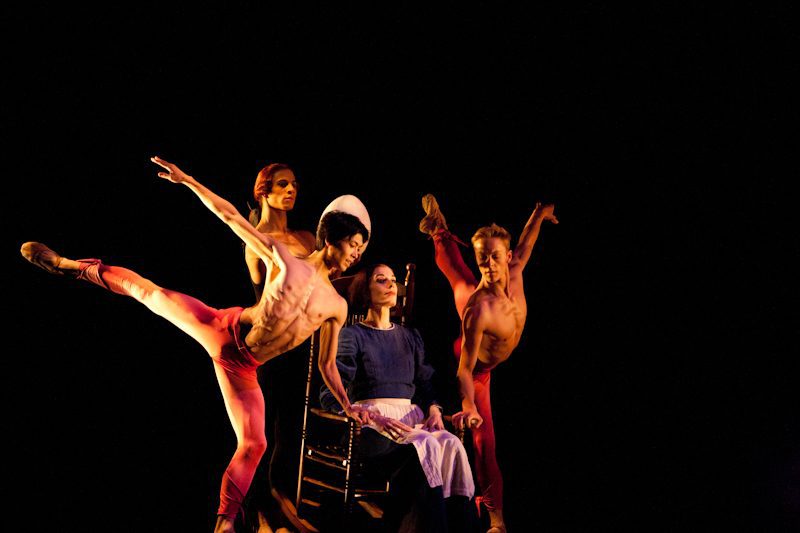 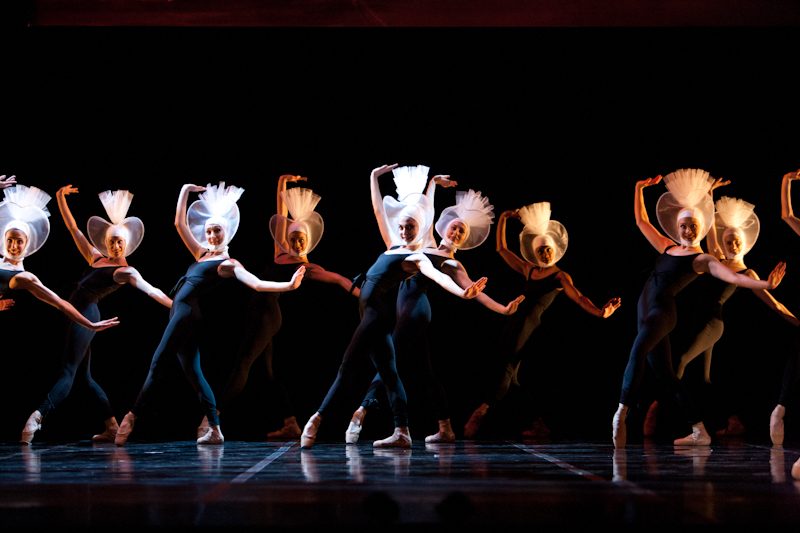 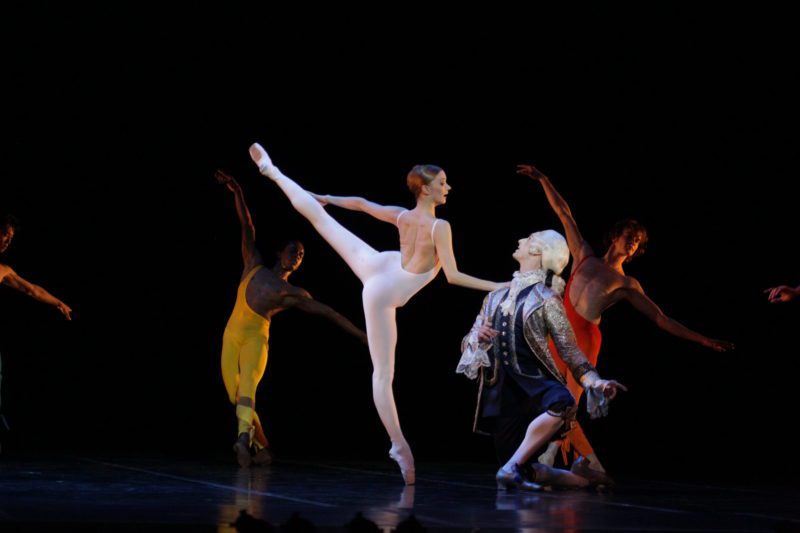 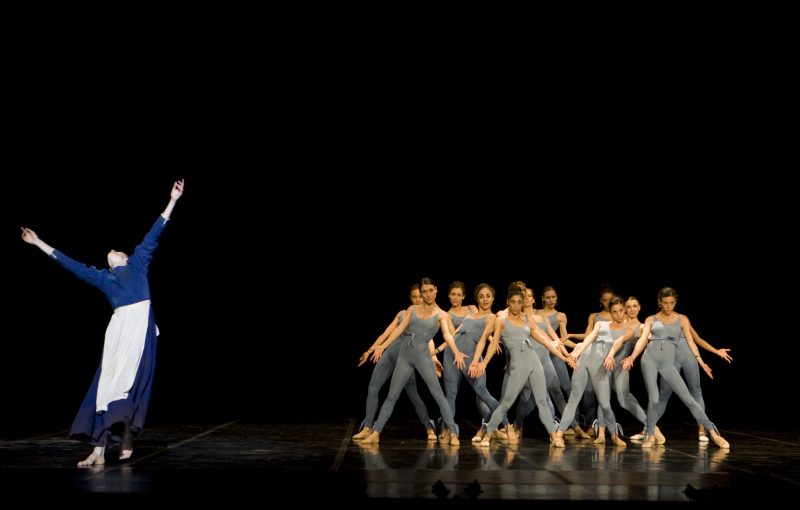 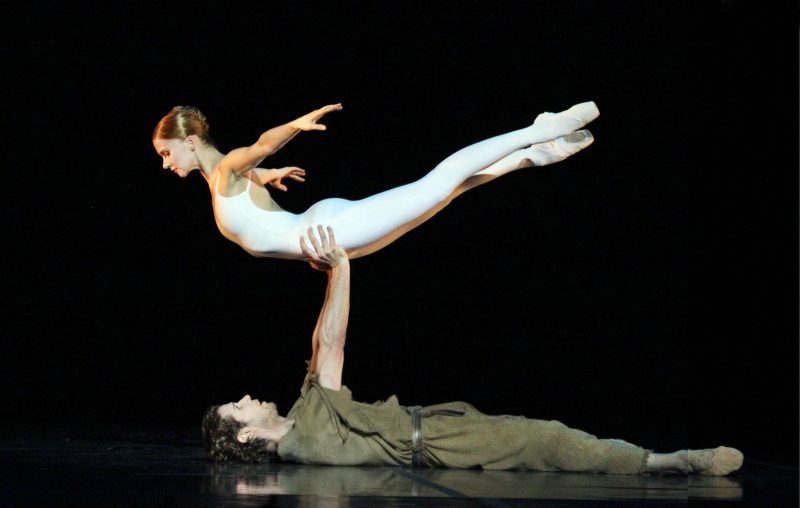 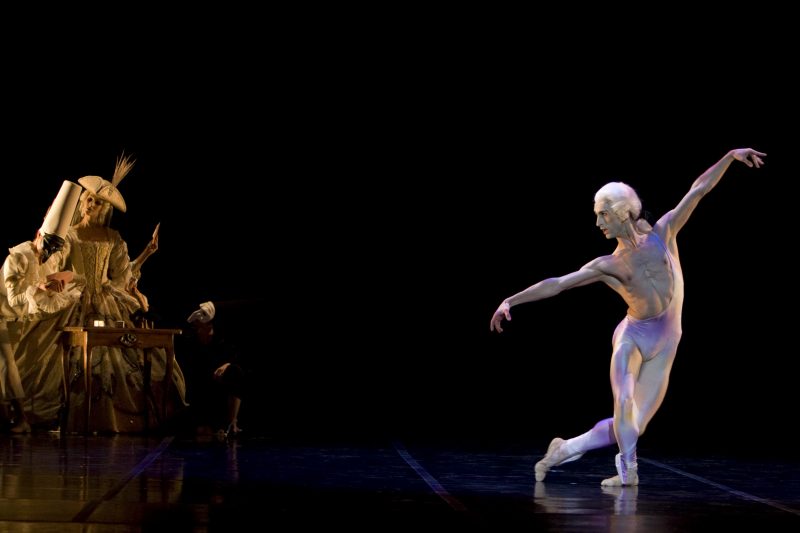 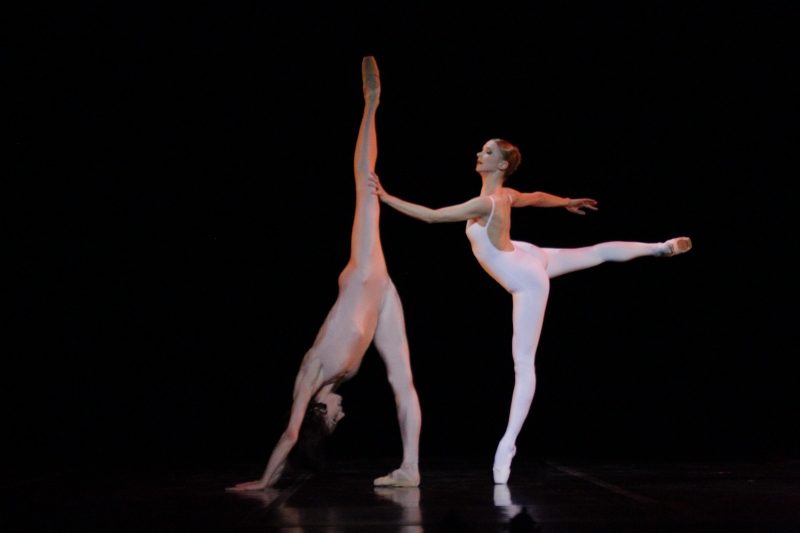 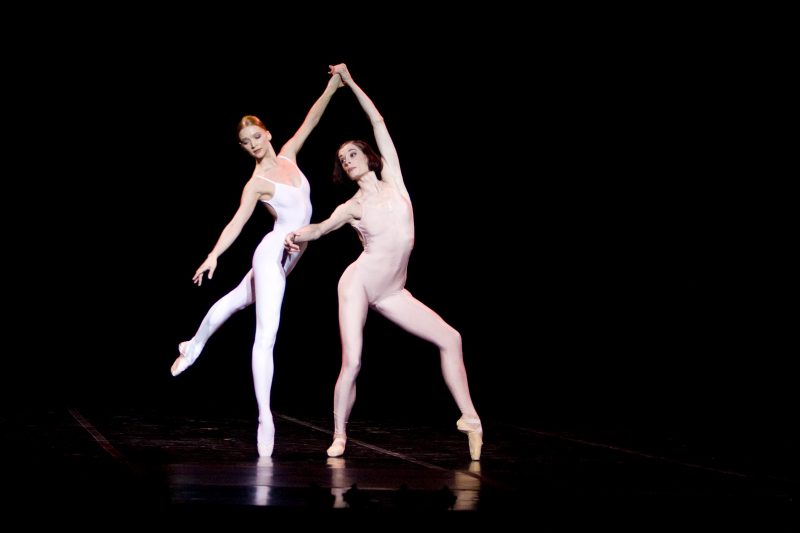 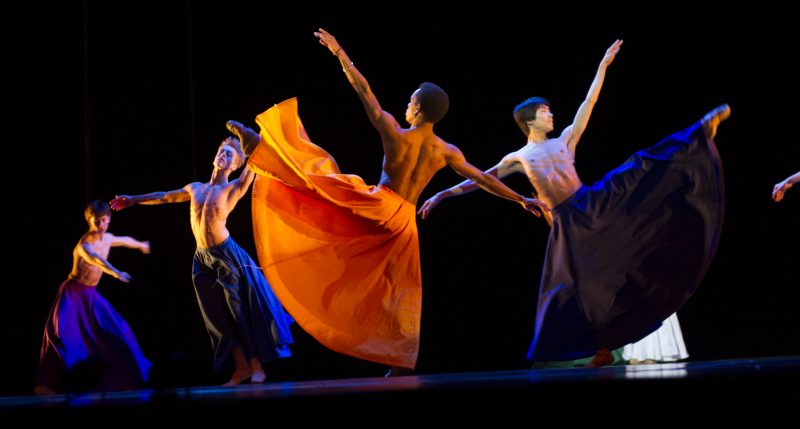 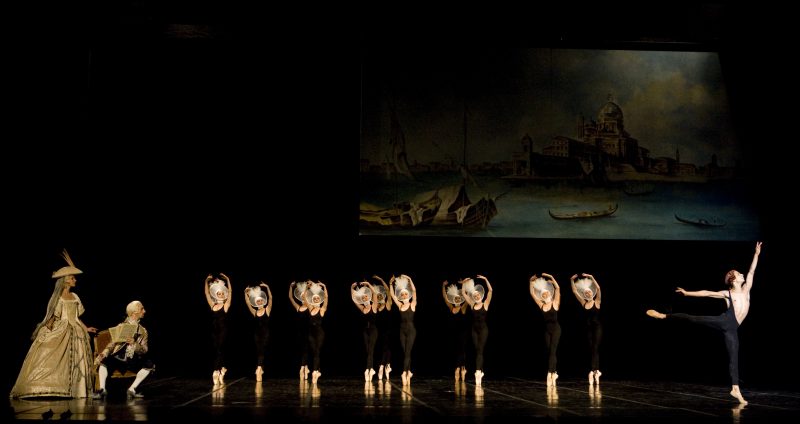 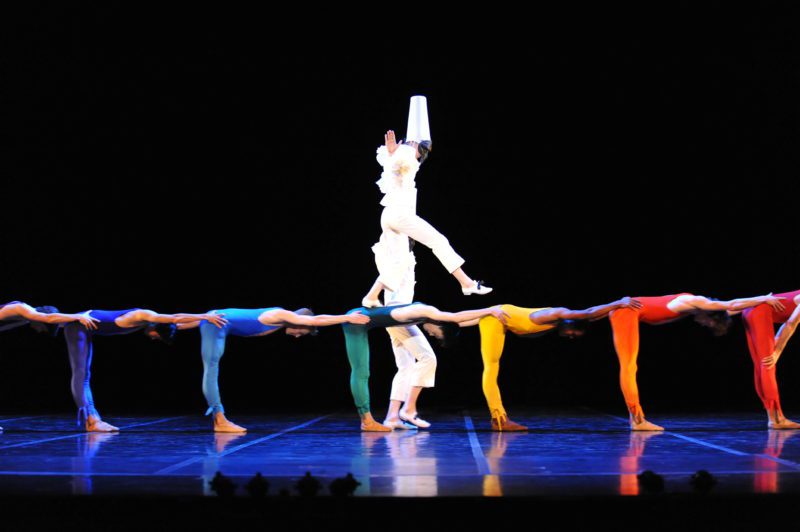 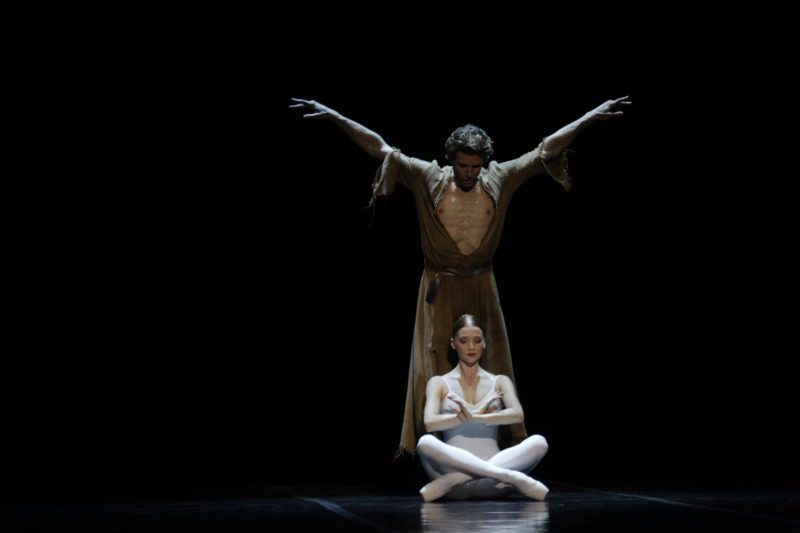 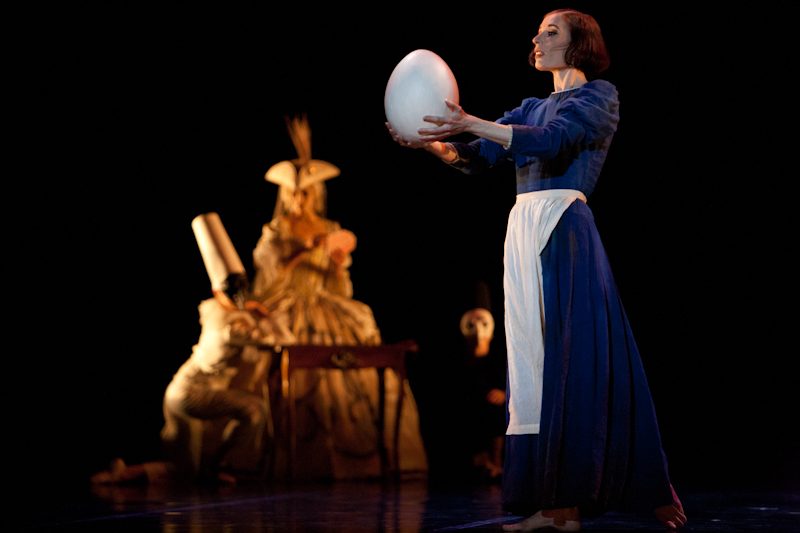 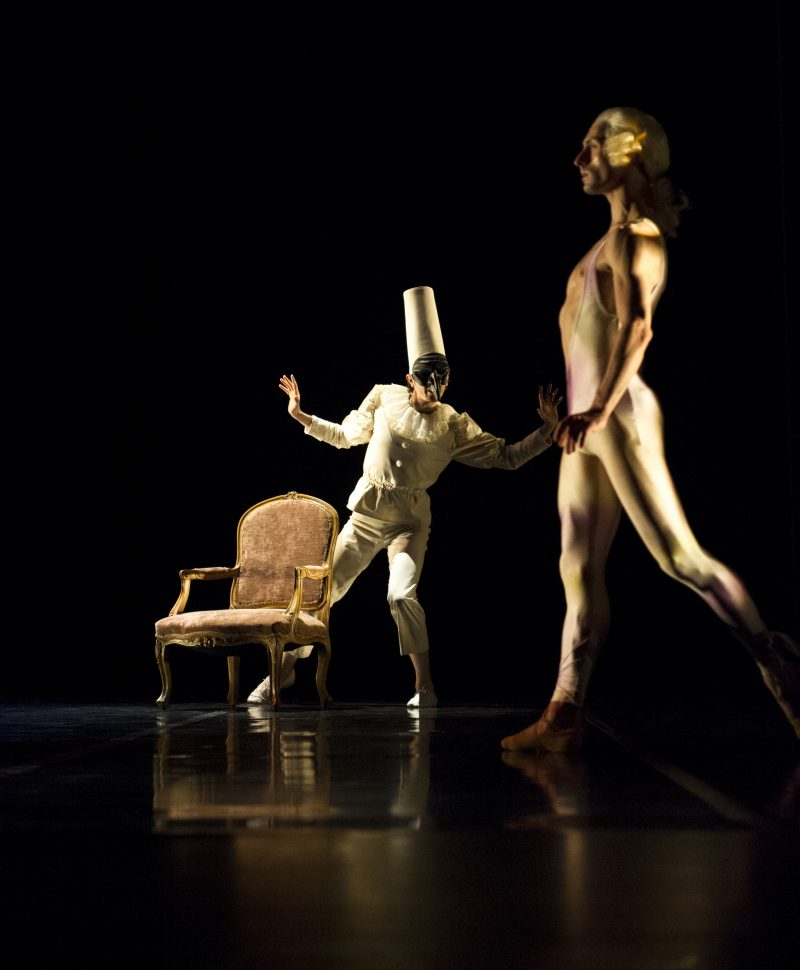 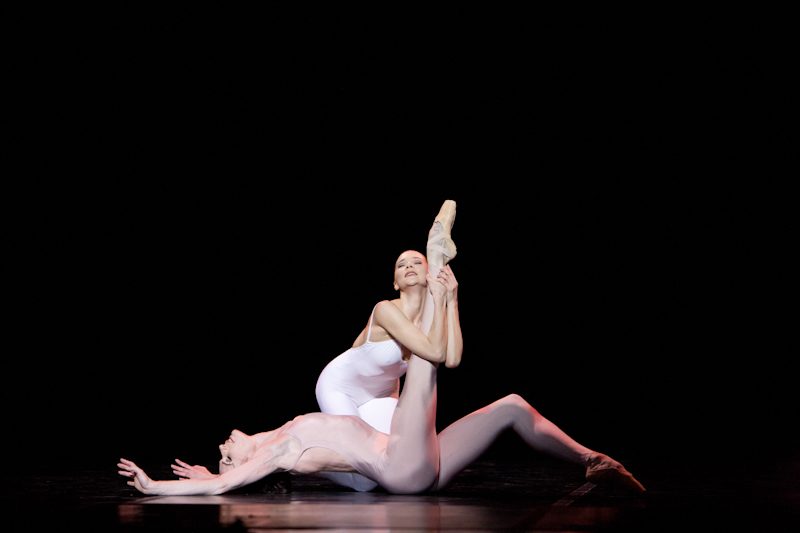 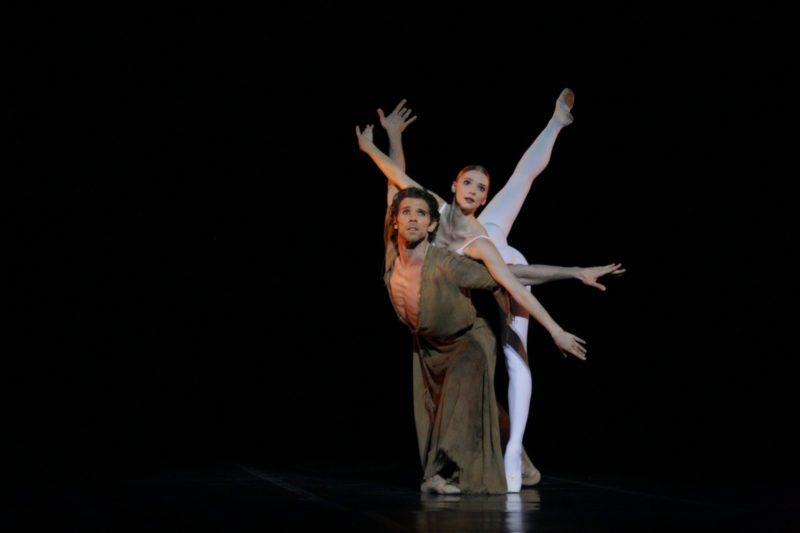 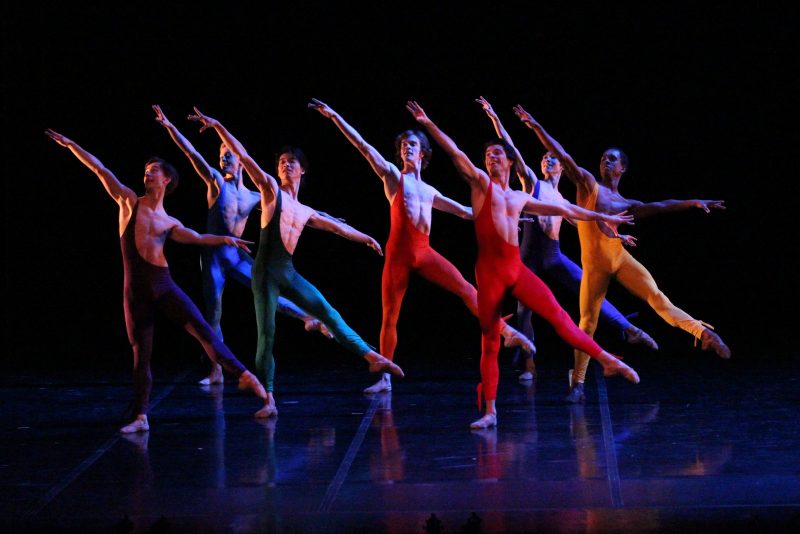 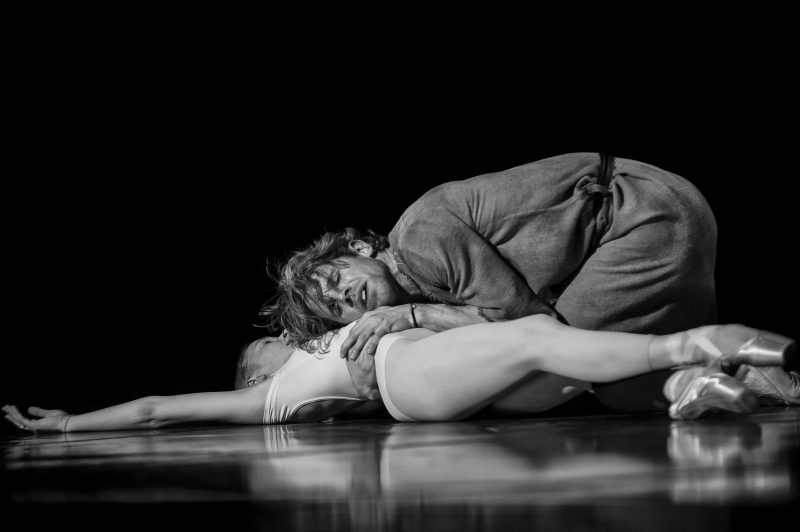 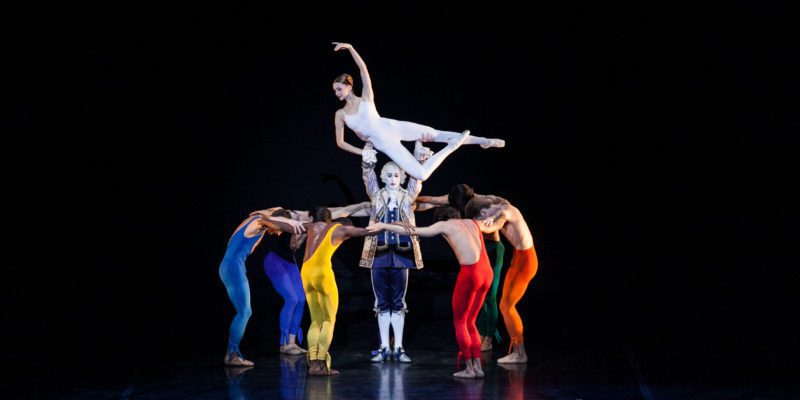 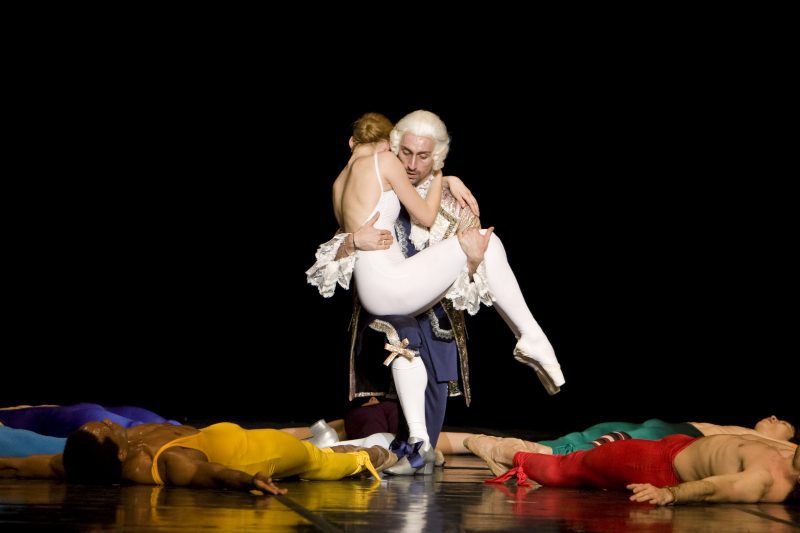 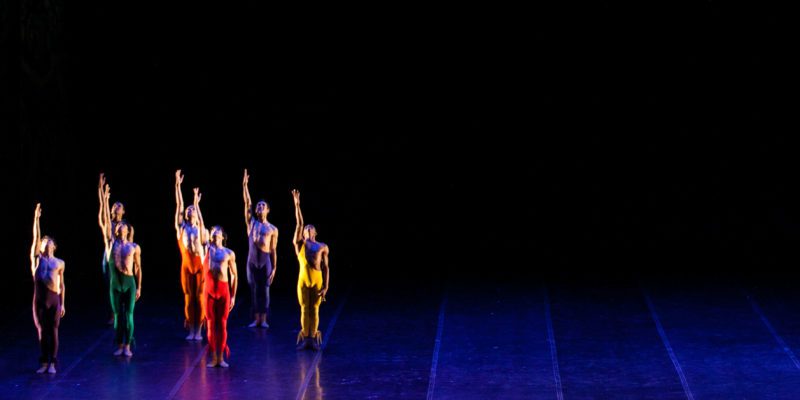 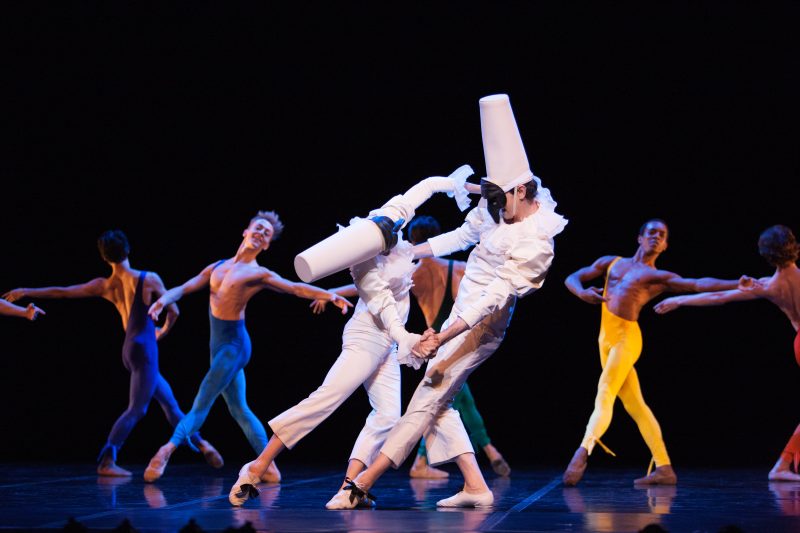 At John Neumeier’s request, I am thinking about a piece destined for the Hamburg Ballet. I choose Vivaldi, a misunderstood musician, particularly in his religious music. The musical montage is done. I hesitate between two titles: Light or Caro Antonio.

The initial work is done and the project handed over to Hamburg with the models of the sets and costumes by Alan Burrett.

When the time comes to go to Hamburg to work with the Ballet, a fall forces me to immobility for two months. The contract is delayed for quite some time.

Gérard Mortier, having taken over the direction of La Monnaie, commissions a new ballet from me to open the season. We go over several projects which I have in the works. Vivaldi seduces him, and so I decide to take up this project again. But I have to start from scratch: the ideas, even though set aside momentarily only, have evolved and transformed. Anyway, each company, like each dancer, has its own features. Choreography (I believe this more and more) is not ready-to-wear, but rather tailor-made.

Venice. Five weeks. The Dance Festival. The city of Vivaldi, where the entire world meets.

I begin a new music montage (Vivaldi’s work is so vast, so rich), a different montage. It is hardly satisfying. My work stops. A deadlock. Or perhaps more like a labyrinth, like this city that I know so well yet where I always get lost. Suddenly, it is like turning a corner from a narrow, dark and humid lane onto a huge campo swept with light and sprinkled with birds, and a vision imposes itself:

– Two cities on the water. Venice; and far away, San Francisco. Between the two cities there is a bridge, like The Rialto, a rainbow on which boys and girls are dancing. These two cities are sinking into the water but suddenly, a luminous platform emerges from the sea and flies towards the sky, carrying beings who twirl tirelessly in the light.

From that moment, things go very quickly. Between the big Vivaldi sequences, I introduce pieces by a young group from San Francisco that I like a lot – The Residents – as well as another ensemble who works with them, Tuxedomoon. Thus, a new montage develops.

– Birth – A pregnant woman – Giving life – A gold seeker – A masked woman who seems painted by Longhi – An island near Venice: San Francisco del Deserto, where Saint Francis boarded coming back from the Holy Land… San Francisco – The sea – The desert, a man clad in white turns… turns… why is his hat the same as the Pulcinella of Tiepolo? – Birth – A woman giving life to a woman – A slight woman, who carries the light – A great lord… Don Juan, Casanova? And of course, the Red Priest – Caro Antonio.

I ask Bernard de Coster for a lighting environment which is different from theatrical lighting, and I ask Nuno Côrte-Real to dress dreams and bodies. I work. Forget the visions. Choreography is music and architecture. No anecdotes. Let the dreamed characters live their life and form precise, mathematical structures. Construct a succession of fugues like the music of Vivaldi which unfolds, vigorous like the buildings of Palladio.

Two basic numbers for the work: three and four and of course three plus four which make seven, and three times four which makes twelve. Three. Four. Seven. Twelve. Music. Shapes. Construct in the abstract.

First rehearsal. Them and me. The bodies are there, in front of me. Bronzed by the sun. Happy to find their muscles again. Choreography takes two, like love. With fervor, patience, enthusiasm, humility, suffering, joy. Light*.

*This ballet is dedicated to Carolyn Carlson who, while pregnant, danced in Venice, more luminous than ever.