The Béjart Ballet Lausanne is re-opening Plan_B’s doors to the public to celebrate the upcoming warmer days. From April 6 to 8, Gil Roman and his company will present three exclusive performances in the privacy of their studio. On the program: Alors on danse… ! by Gil Roman
and Bye bye baby blackbird by the choreographer Joost Vrouenraets. Both creations received a standing ovation at the Opéra de Lausanne last February.

The spring program offered by the Béjart Ballet Lausanne‘s Artistic Director from April 6 to 9 will give the company’s studio a breath of fresh air. To celebrate the pleasure of dancing, Gil Roman presents Alors on danse… !, a series of choreographies built around the classical technique dedicated to Patrick Dupond. These demanding compositions, a series of love chases with affirmed sensuality, allow the dancers to express themselves to the fullest.

In the second part of the show, the BBL presents Bye bye baby blackbird, Joost Vrouenraets‘ second creation for the company. This piece also received a standing ovation last month at the Opéra de Lausanne. This original creation by the Dutch choreographer, a dialogue between light and shadow, is set to Johnny Cash’s music.

“We wanted lightness during these troubled times. I composed a sequence of choreographies centered around the classical technique to open the evening, which had no other purpose than the pleasure of dancing. I dedicate it to Patrick Dupond, who represented it for me!” – Gil Roman

“Contemplation on shadows of silence, anticipation on echos of physical presence. Joyfully embracing matters of obscurity, not-knowing and impermanence. I focus on the core of darkness and there I see a brightness…“ – Joost Vrouenraets 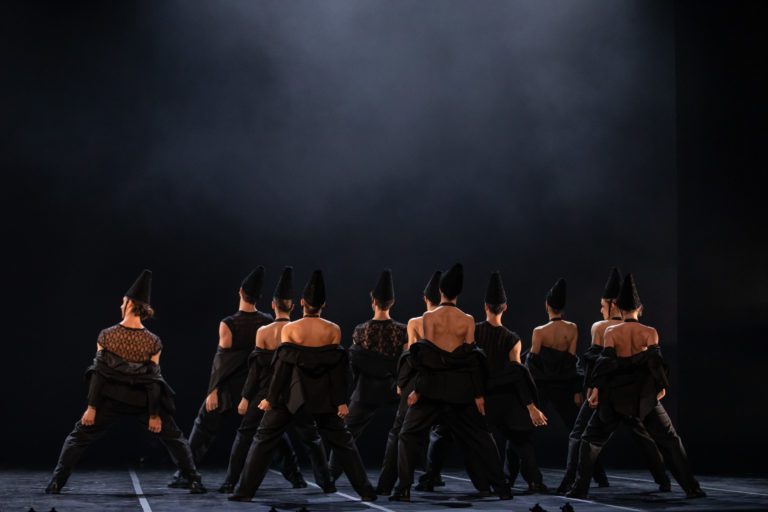