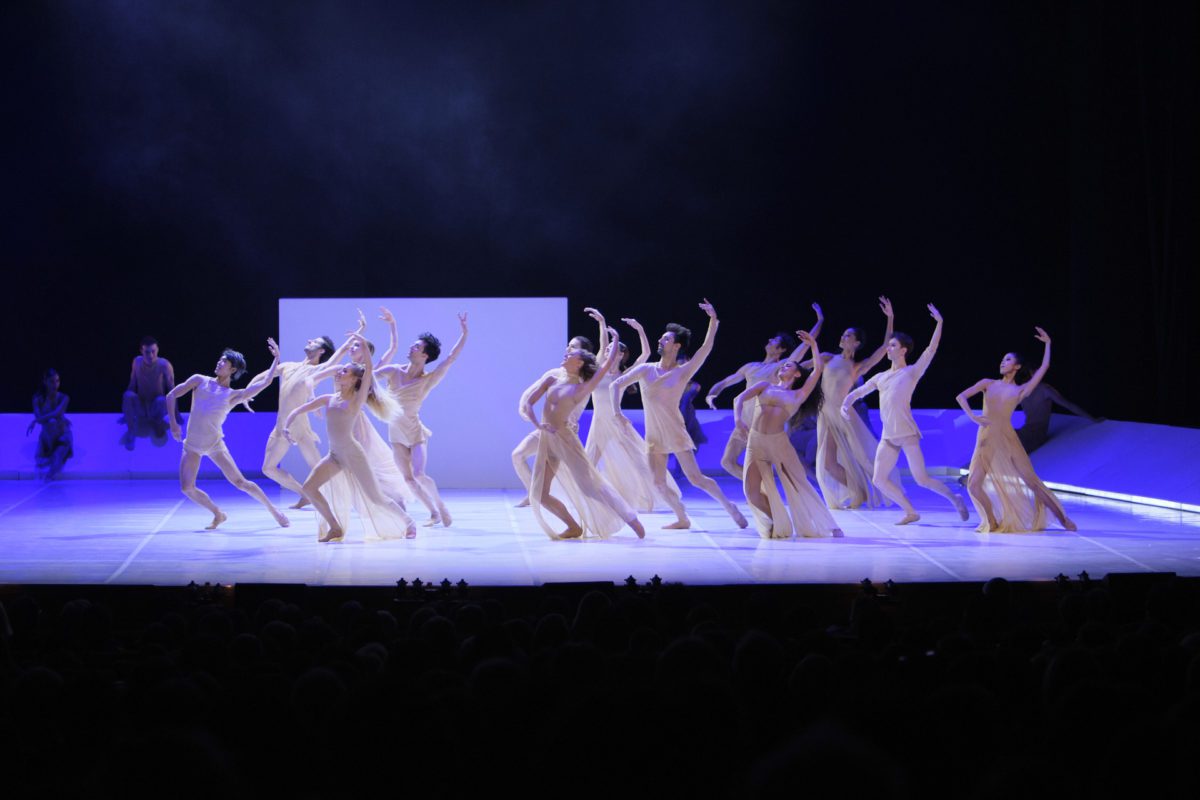 The Béjart Ballet Lausanne’s tour is always on the move. After kicking off the new season at the Odeon of Herodes Atticus in Athens in front of an audience of nearly 9,000 people, the company performed in Bucharest (Romania), Tallinn (Estonia) and Kaunas (Lithuania), and is now back from Paris with yet another resounding performance.

Four representations of Maurice Béjart‘s Ballet for Life* were acclaimed by more than 8,000 spectators at the Palais des Sports before the company took to the Royal Opera House in Versailles. There, they danced a second program in front of sold-out crowds which warmly received Tous les hommes presque toujours s’imaginent, a creation by Gil Roman set to the music of the American composer John Zorn (world premiered at the Lausanne Opera last April) preceded by Brel et Barbara and Boléro by Maurice Béjart. Throwback with TV78:

The company is now back in Lausanne for a few days of intensive work on the choreographic pieces that make up its 2019-2020 season. It will return to the Bâtiment des Forces Motrices in Geneva on November 19 to present Gil Roman’s t ‘M et variations… and Boléro – these two ballets will be danced in celebration of the 10th anniversary of the Sanfilippo Foundation Switzerland. The company will then head to the 2019 International Dance Festival in Cannes from November 29 to 30, where it will present Tous les hommes presque toujours s’imaginent and Béjart fête Maurice. BBL will finally come back again in Athens, for the end of the year celebrations, at the Alexandra Trianti Hall, for twelve exceptional performances of Maurice Béjart’s The Magic Flute (from December 20 to 30).

* the DVD “Queen + Béjart: Ballet for life” is available at bejart. ch/boutique