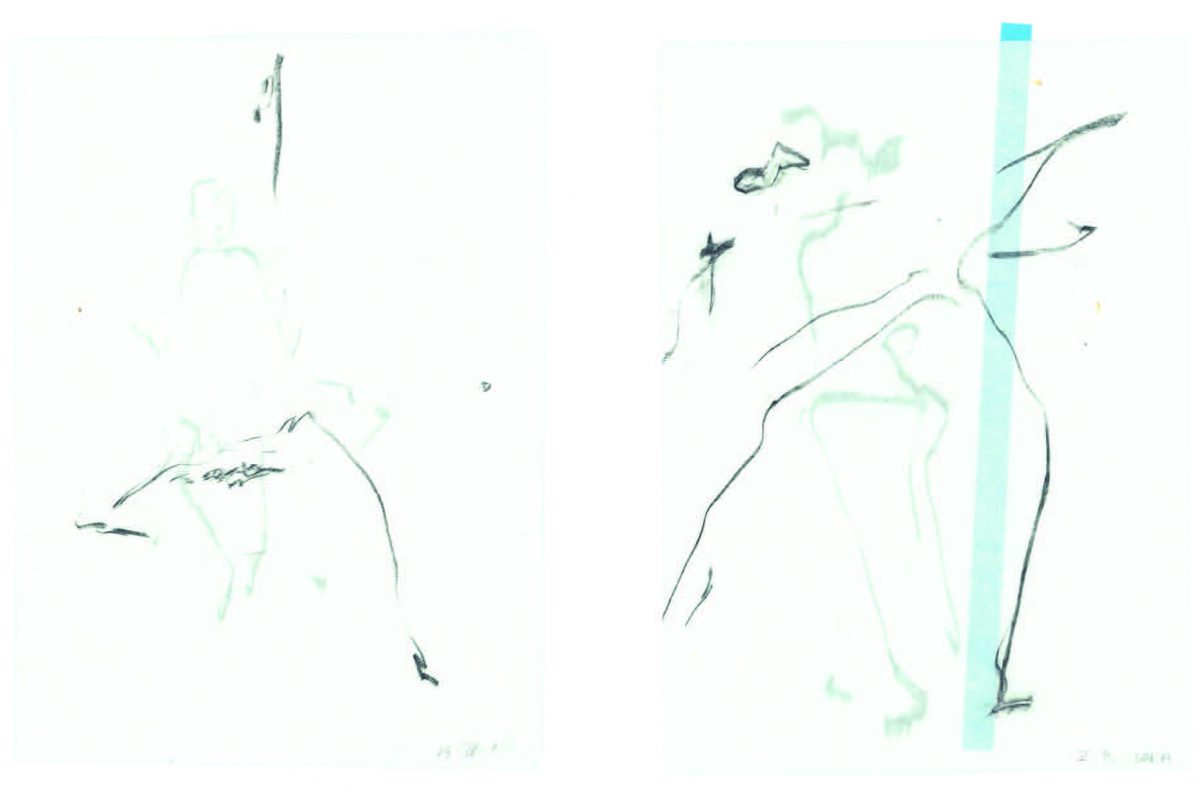 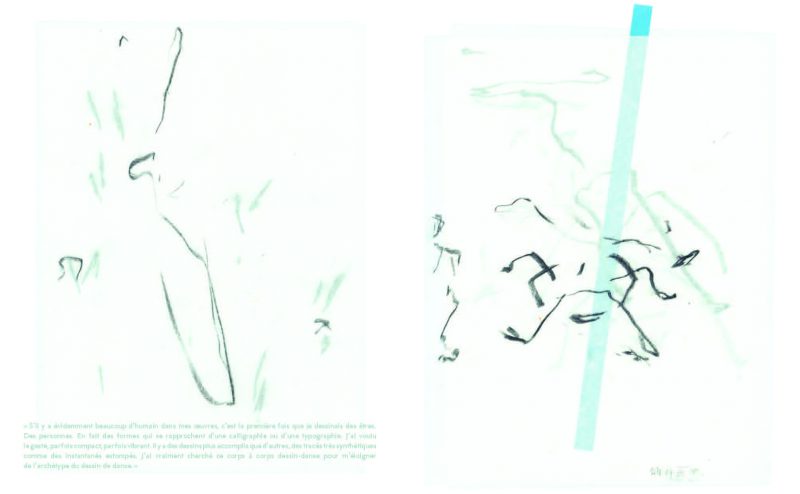 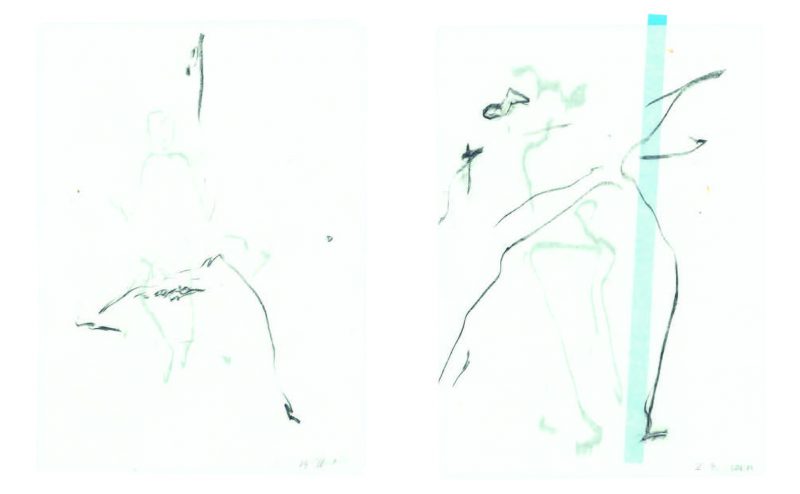 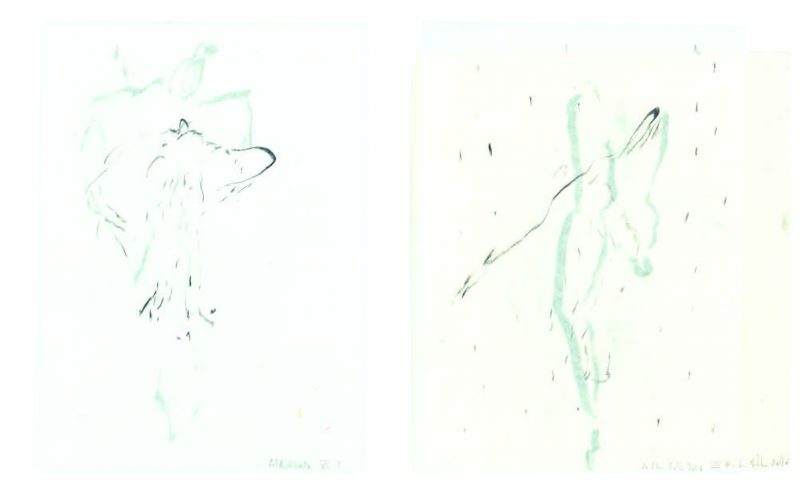 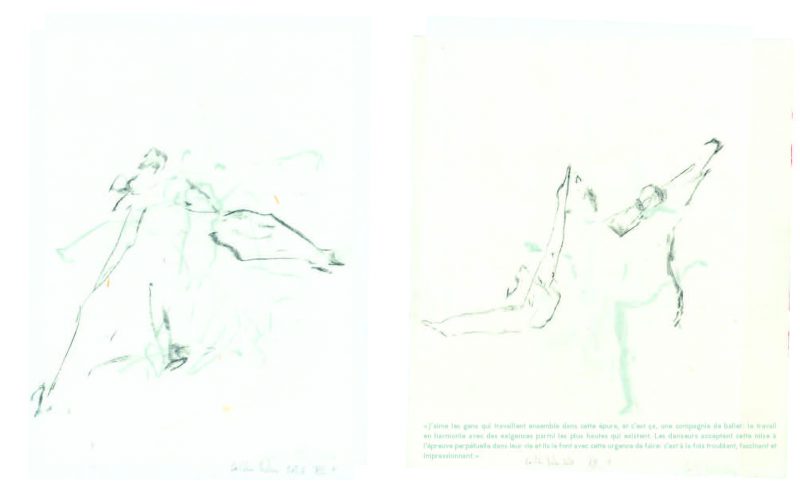 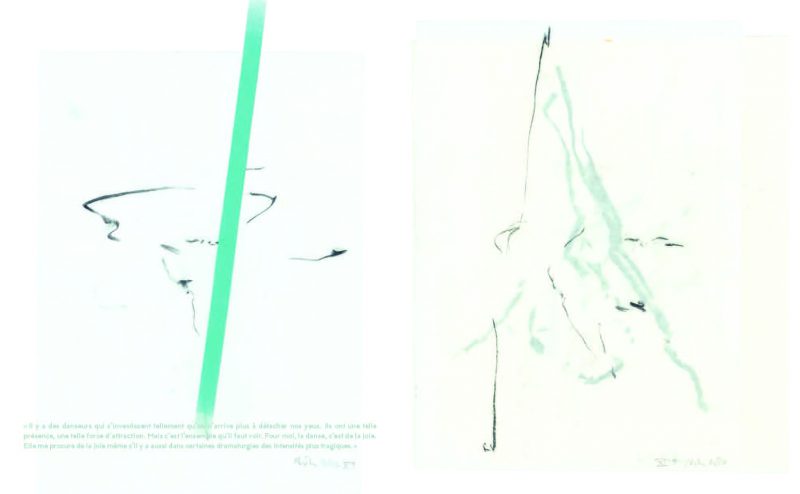 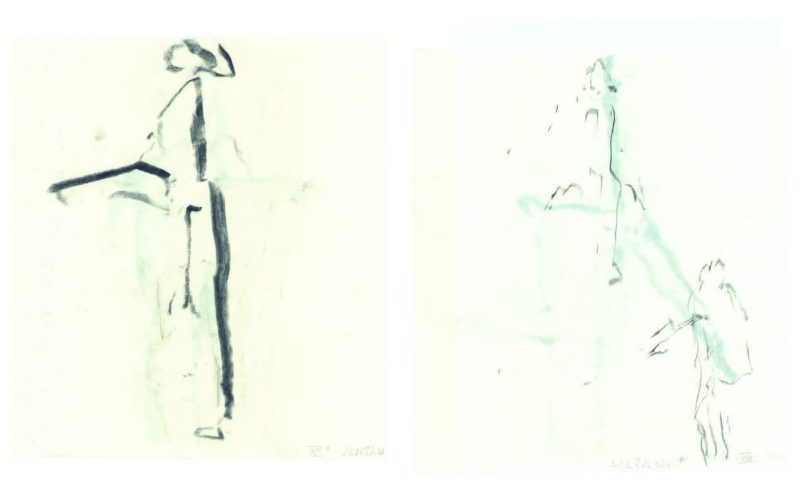 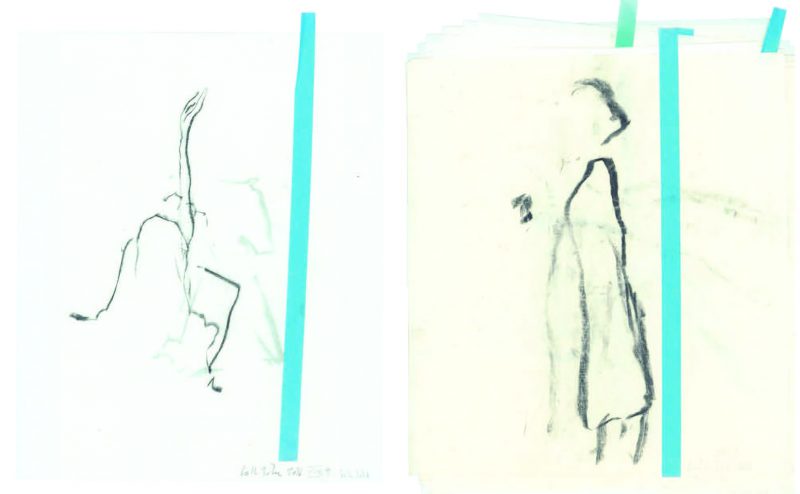 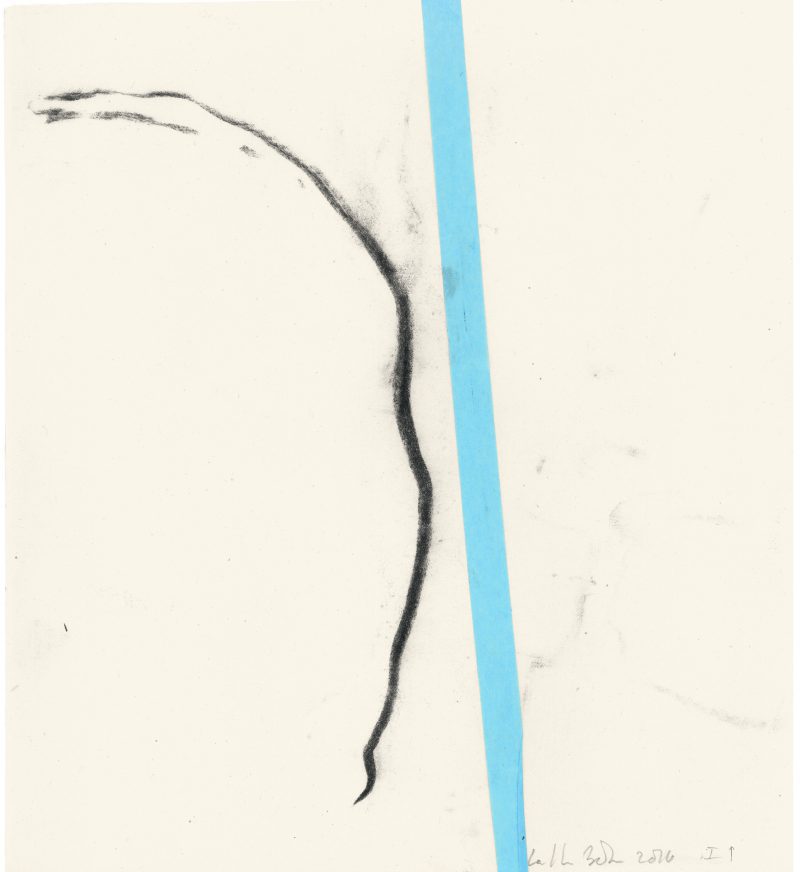 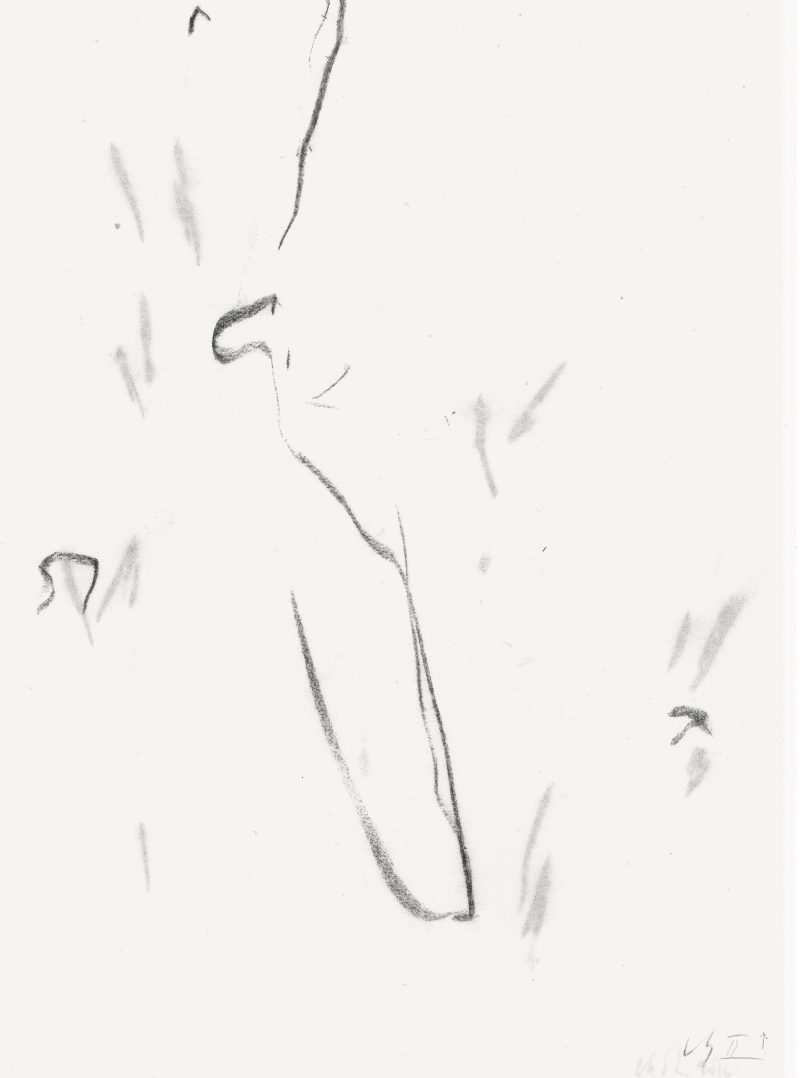 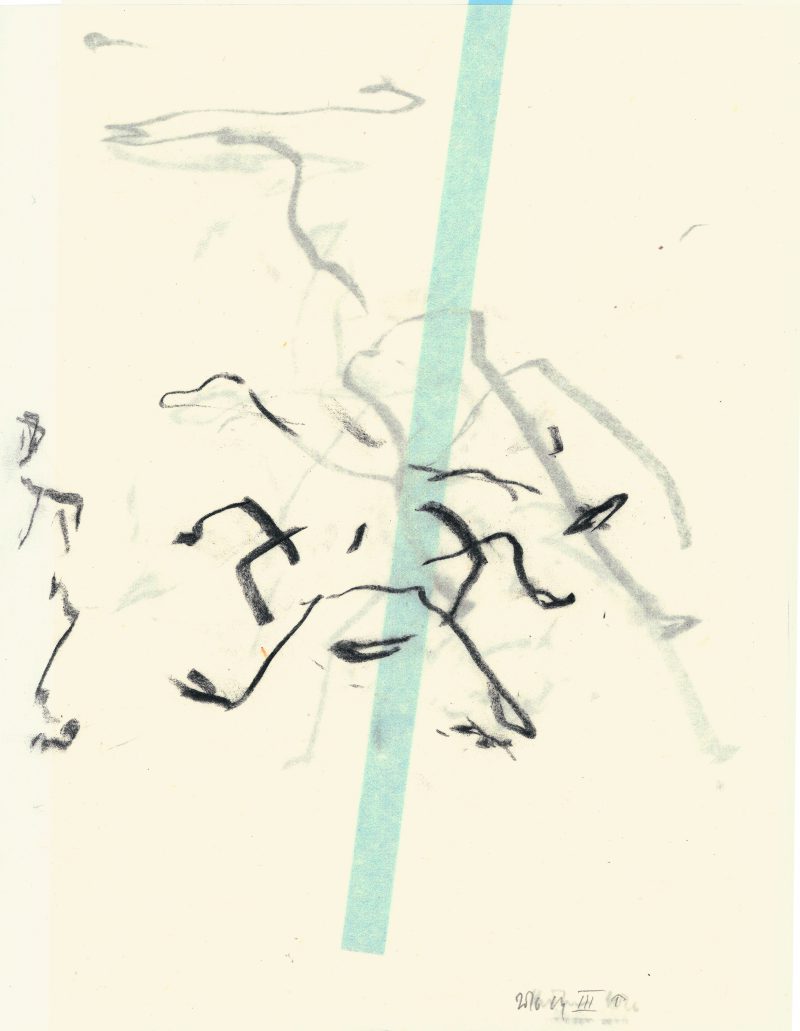 A fascination that would not say its name, a flourishing dream in the shadow of young girls, one cannot deny Catherine Bolle’s magnetic attraction for dance. As a child, the Vaudoise loved ballet. As an adult, the visual artist makes sure not to miss any performances. So… when the Béjart Ballet opened its doors, with as its key a carte blanche to the illustrator, it is as if the story continued to be written. Like a hidden desire in a disillusioned work that becomes a reality. Like an explosion that was long kept from bursting. Up there… in the Presbytère gallery, the artist, who has decorated with her chromatic feelings the Swiss Tech Convention Center façades and the Maison des étudiants at EPFL, has lost notion of time. She drew. Stubbornly. Obsessively. Impulsively. Finding the same rhythm than the one she has engraved for years in her journal, periodically documenting life’s complexities. Jetés, intense movements, a movement at its peak, another fading in front of the other. Brief moments. Ample gestures. “We desire it, she explains, we feel the necessity to make large movements like them. The intensity, there was so much abundance that I had to draw to hold them back. I was so frightened not to have the right drawing, but at a given time, I had to refrain myself, otherwise I would have 350 of them! Finally, I had 160; it is a bit like the journal of a rehearsal. Bits and scraps of movements suspended in time.” Balance is something Catherine Bolle has always been testing and exploring. She searched it until she reached its transparent state. But until now, she had mostly built space as an architect. But this time, she saw it as something that binds the body and the being, as if it was an element in space. She did it, all with remaining loyal to her artistic interdisciplinary style and work. “The warm welcome faded my shyness to the idea of entering a new world. I was no longer alone to create.”