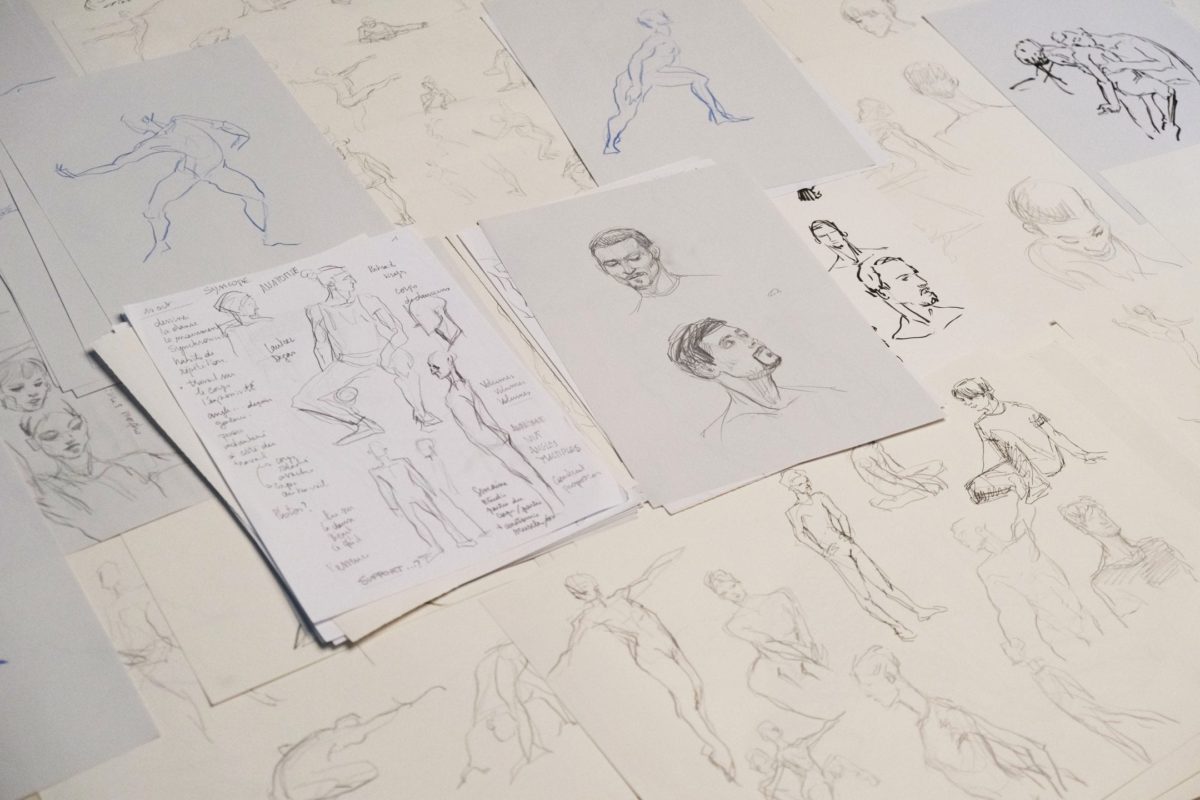 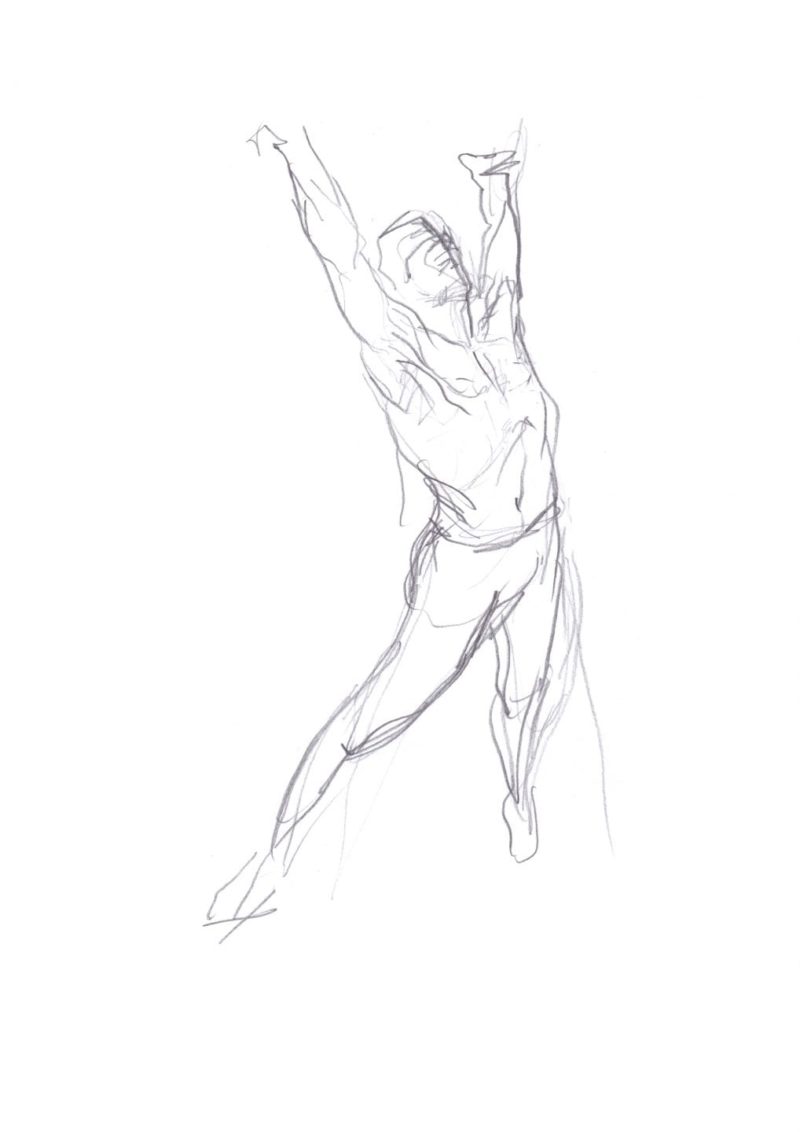 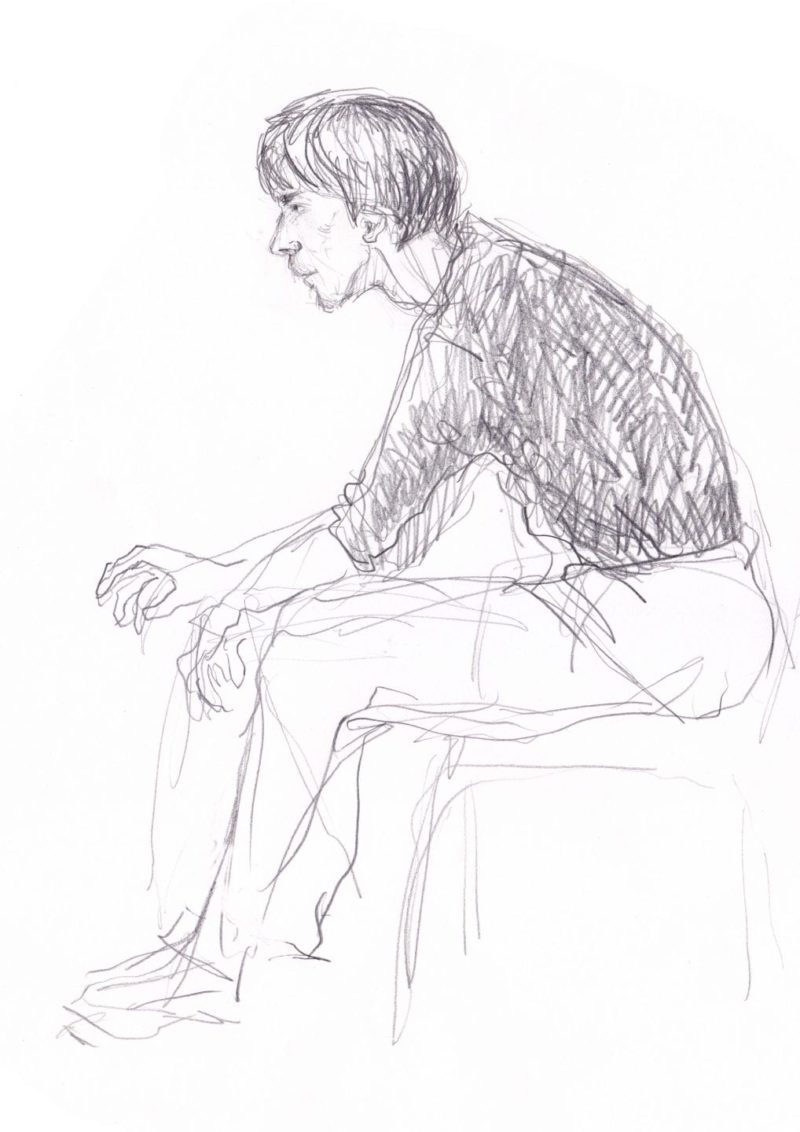 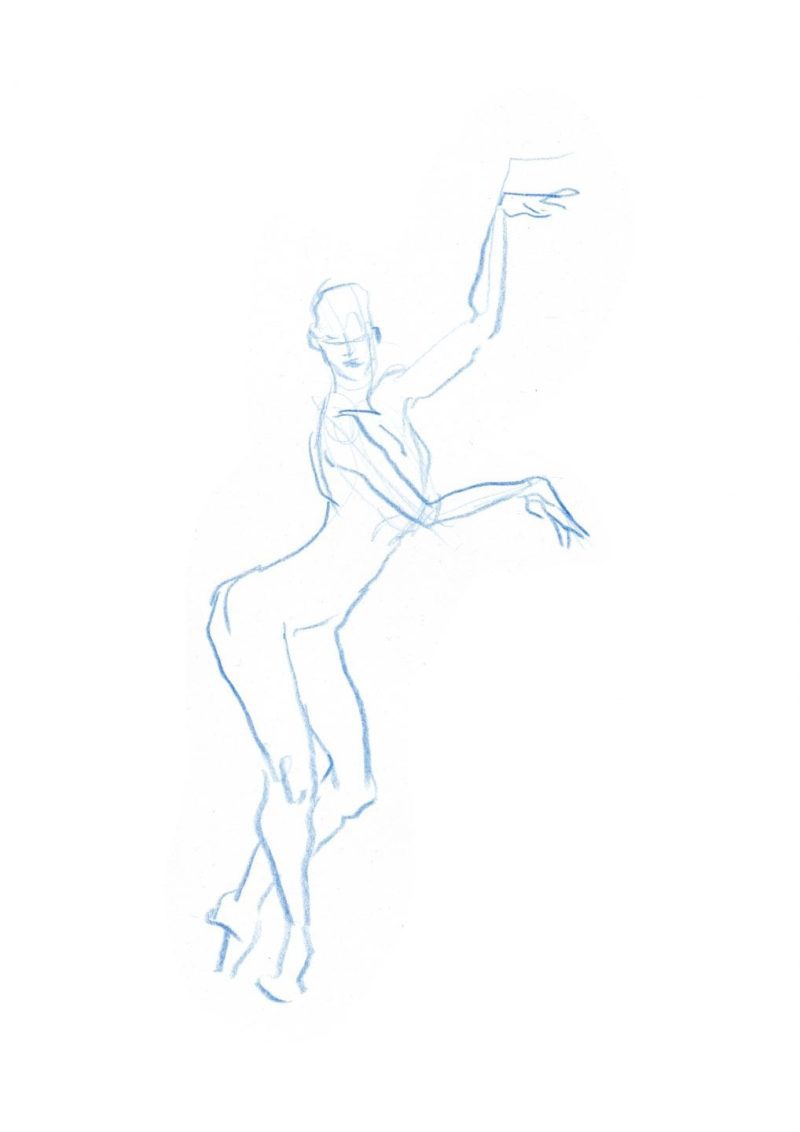 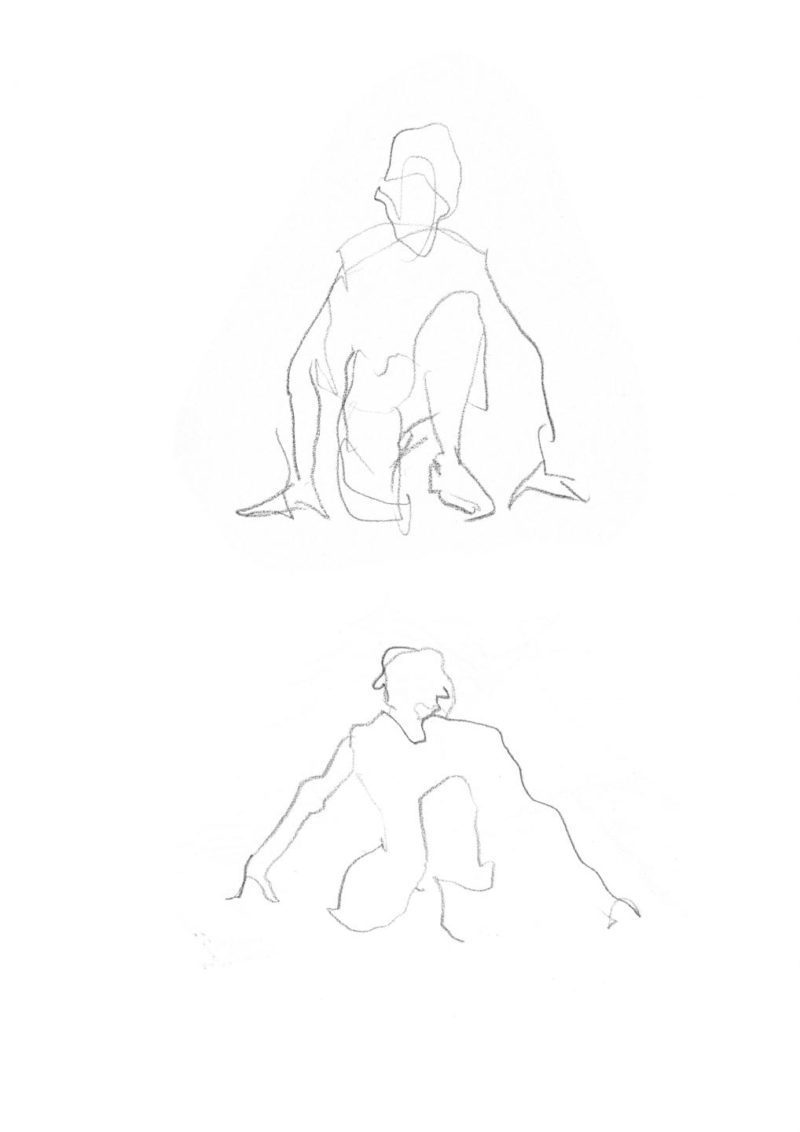 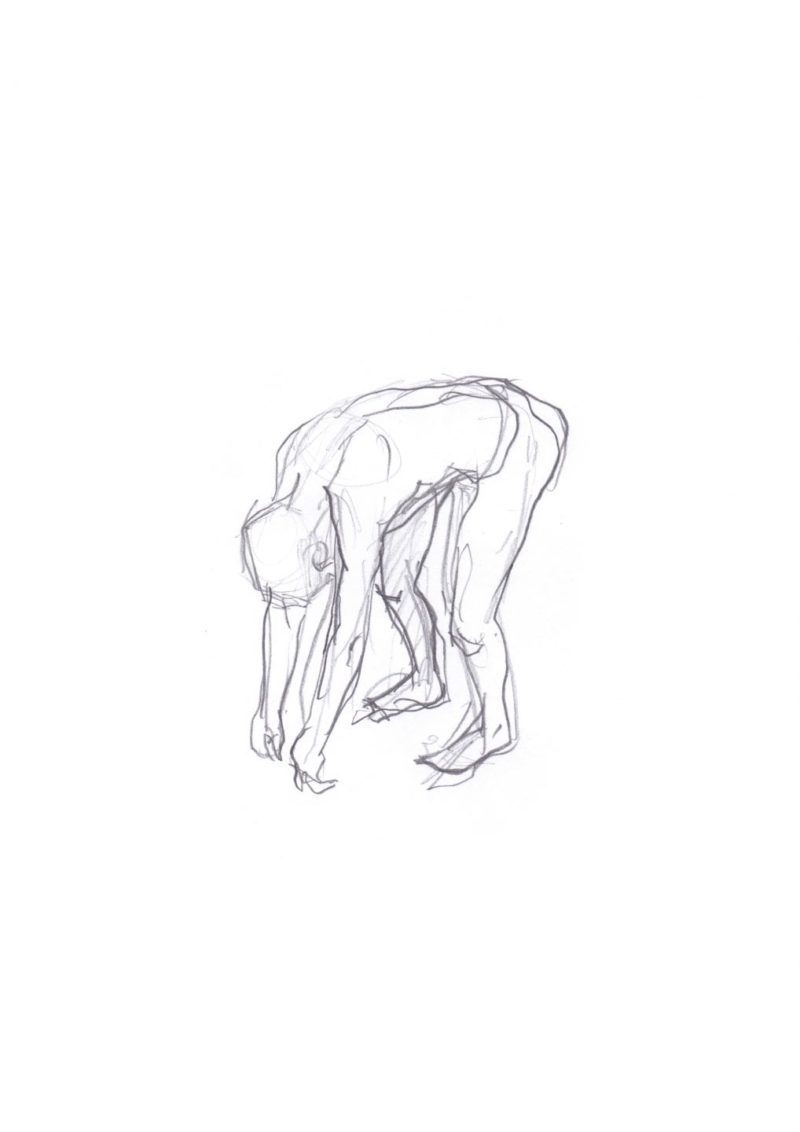 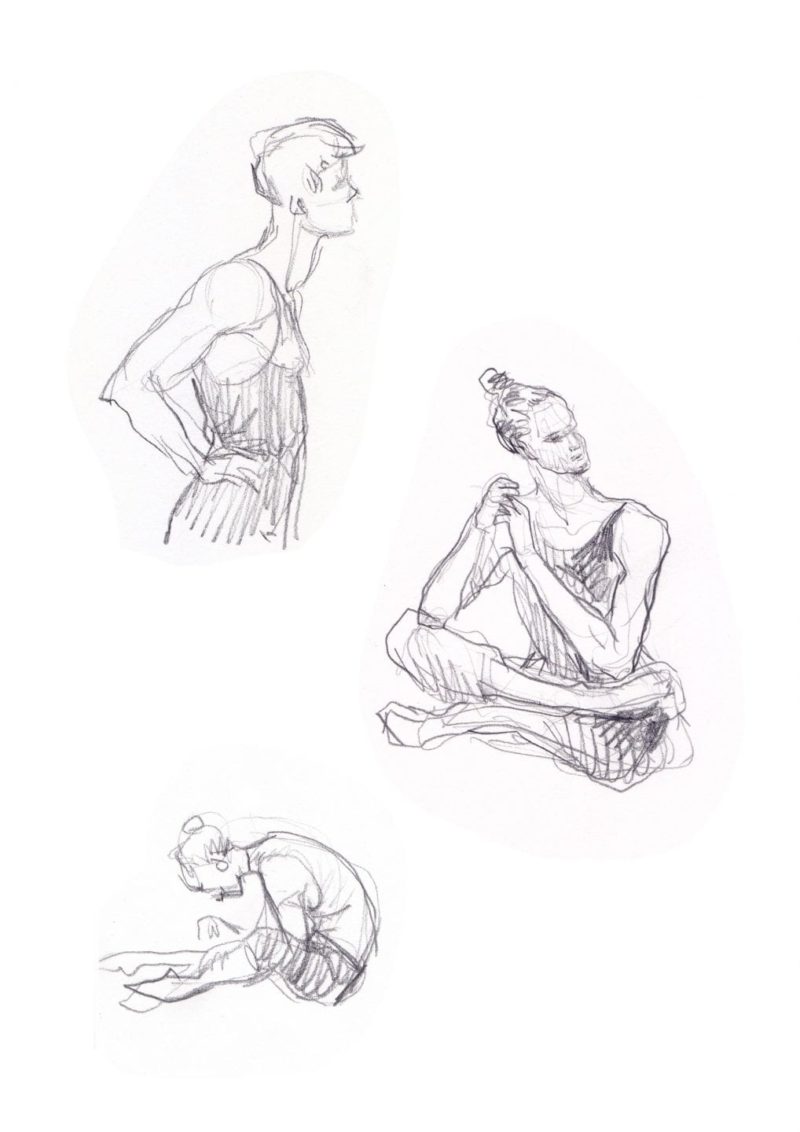 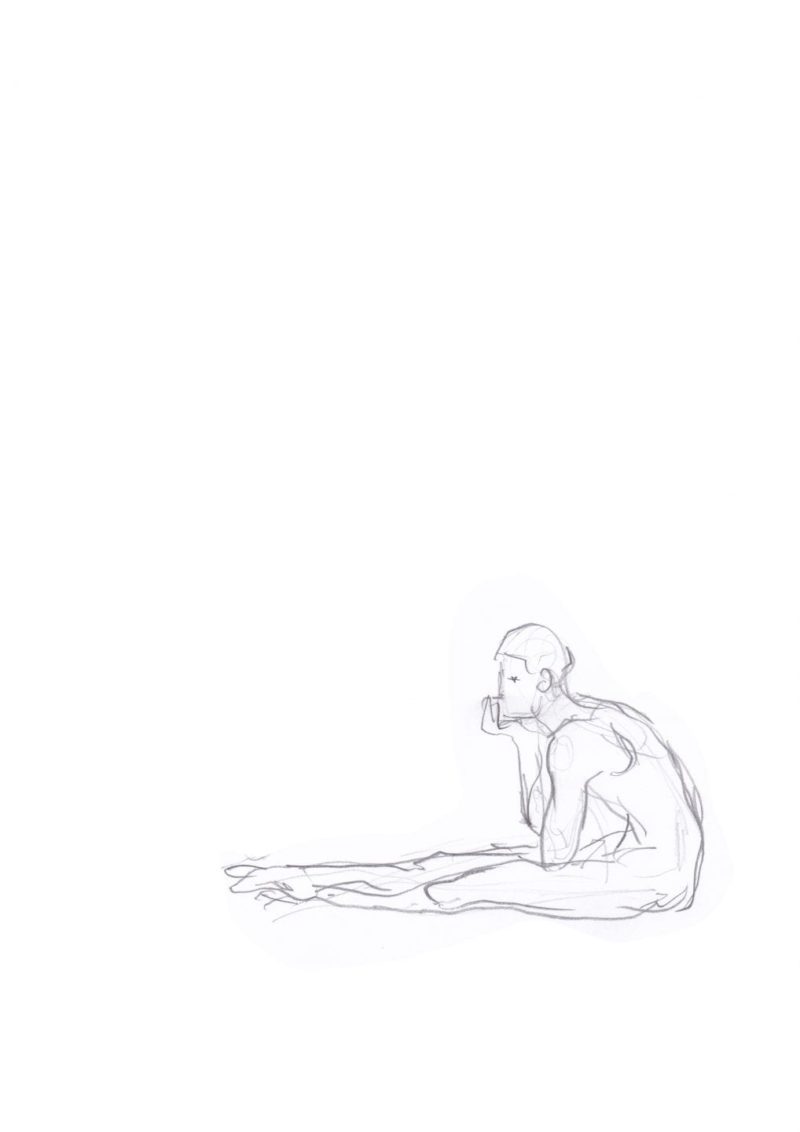 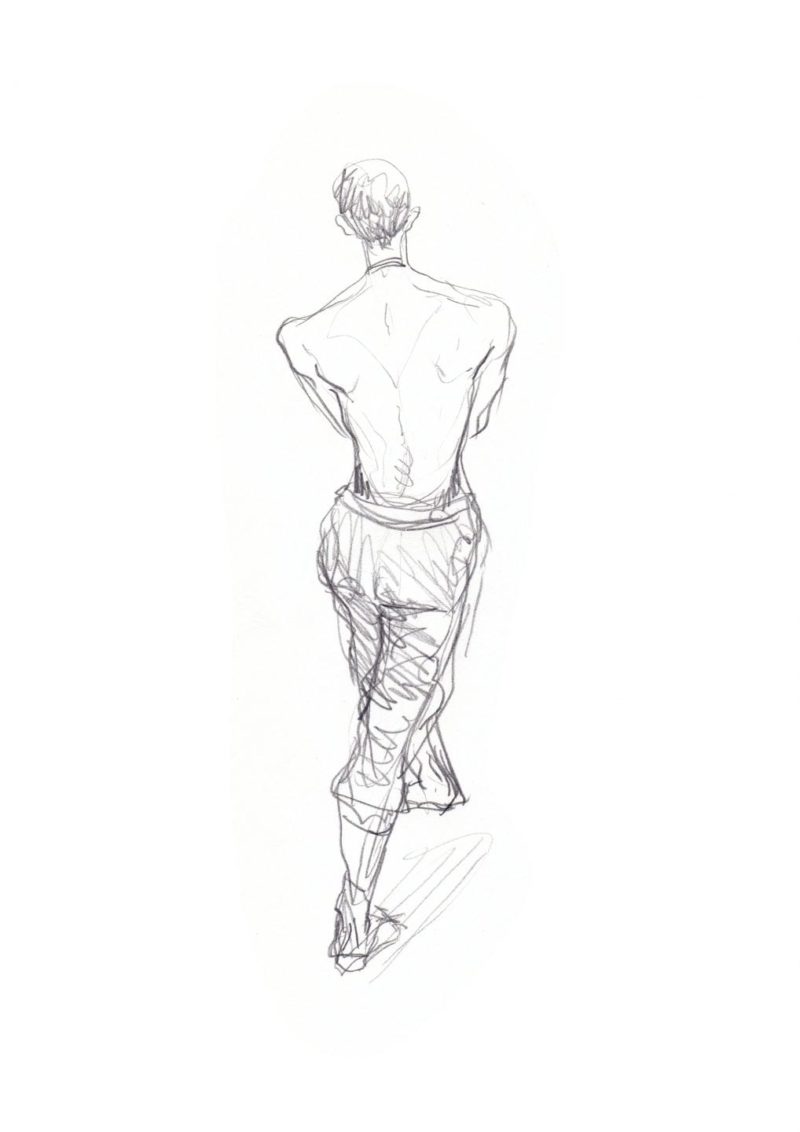 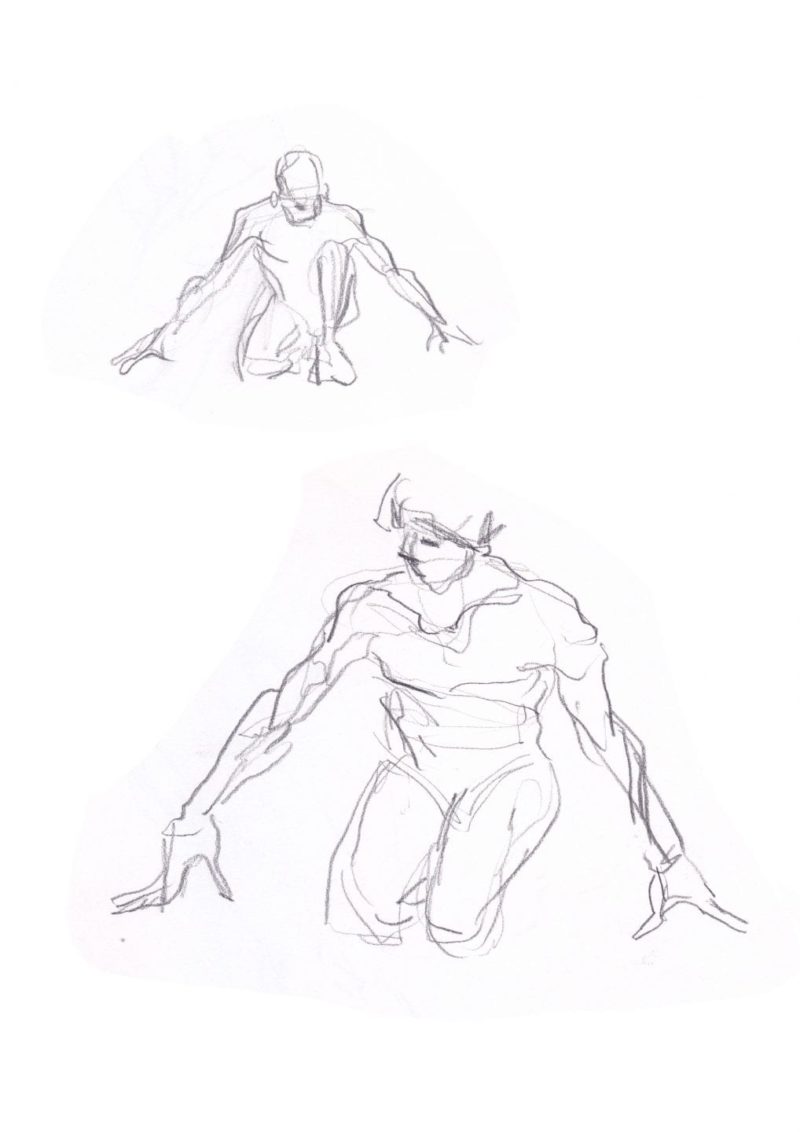 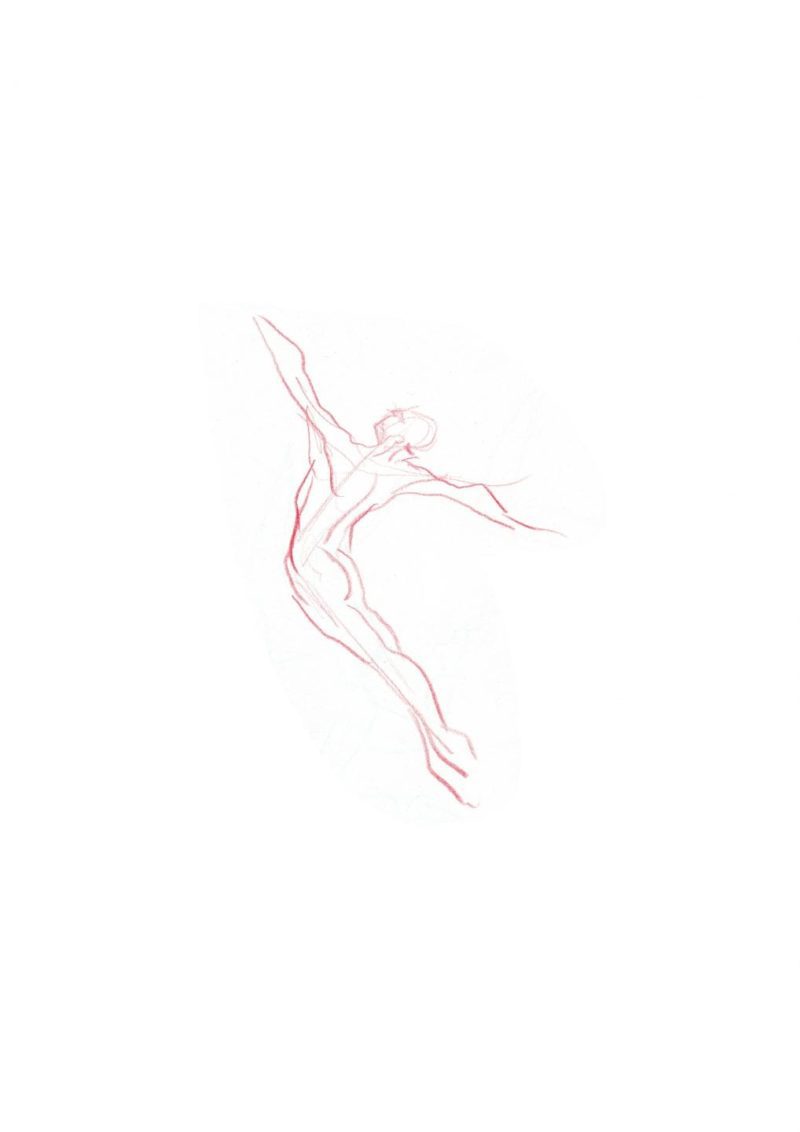 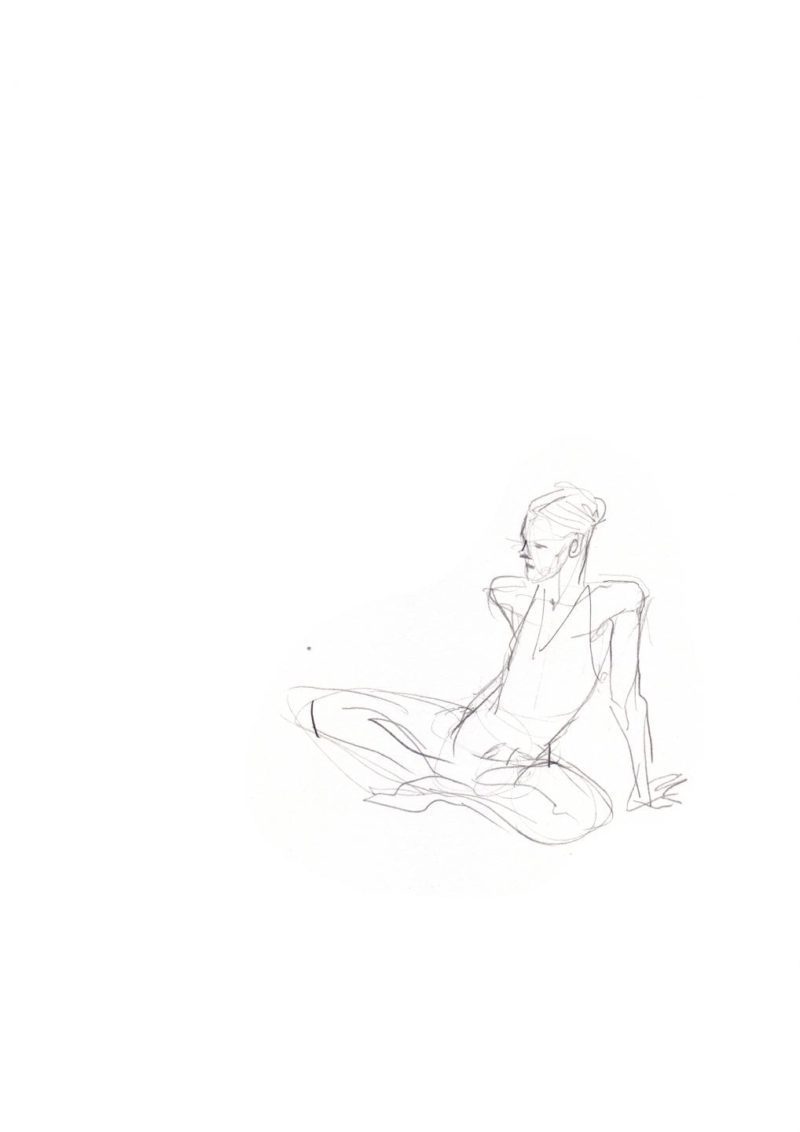 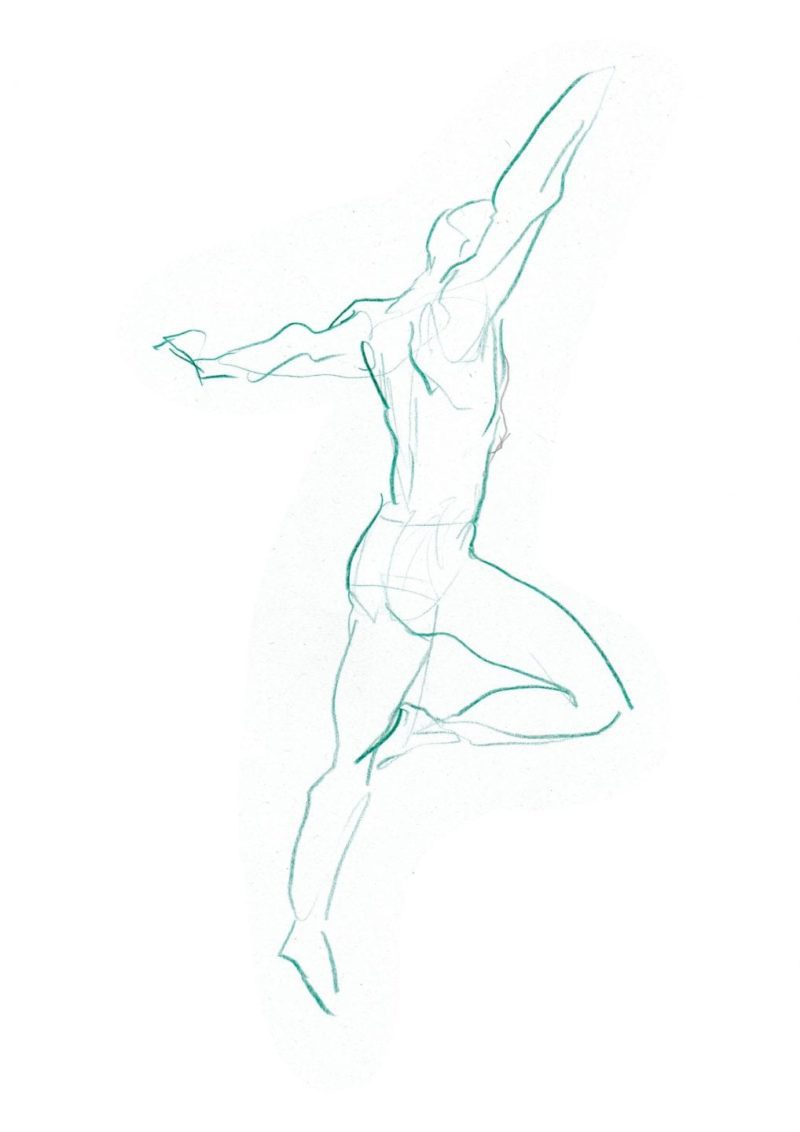 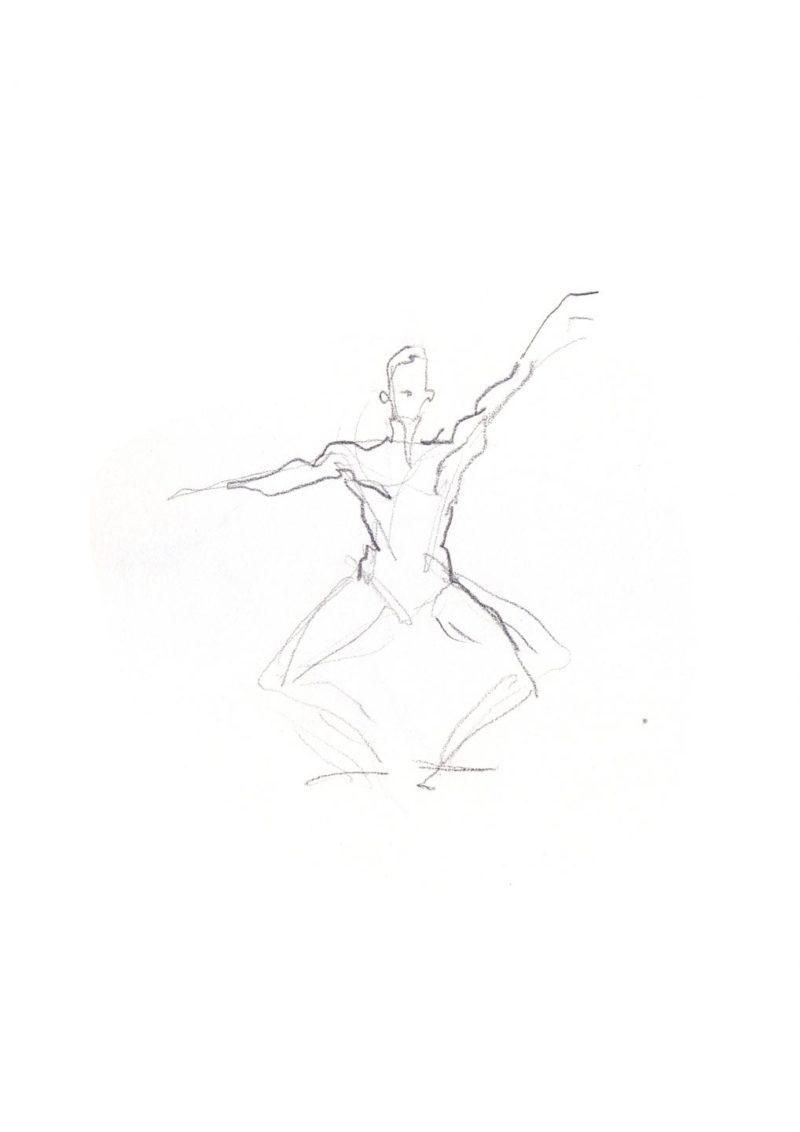 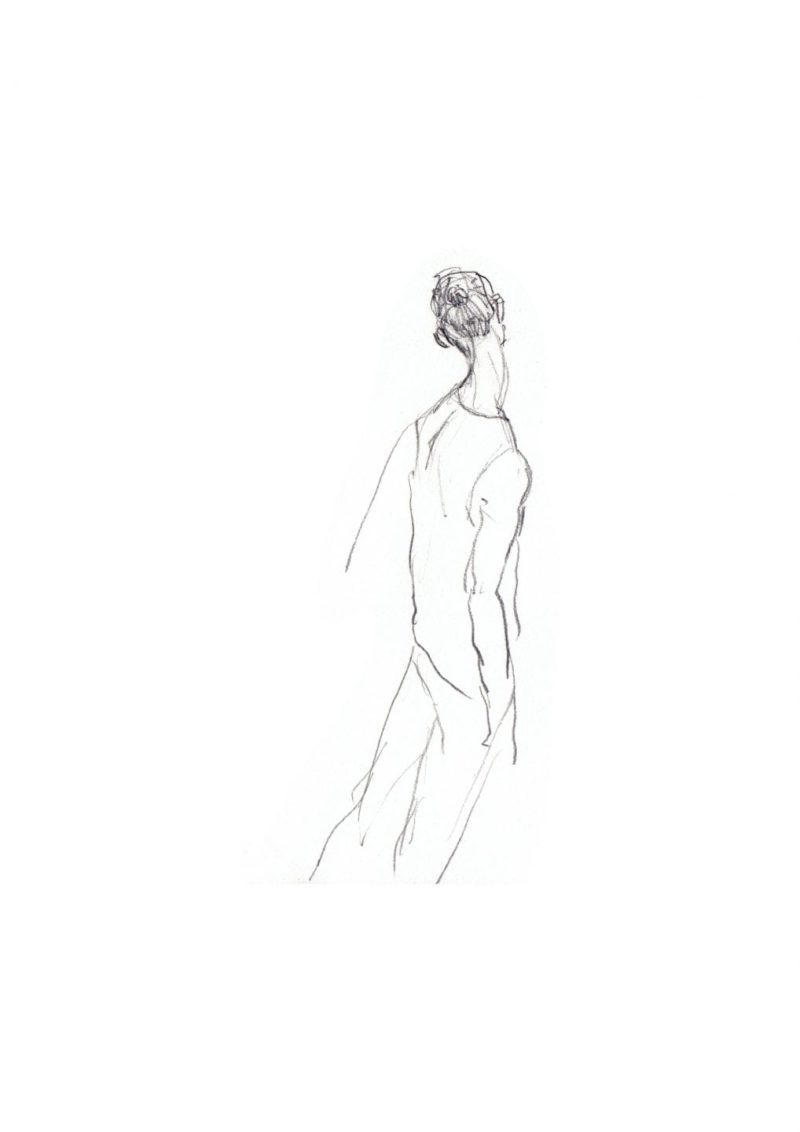 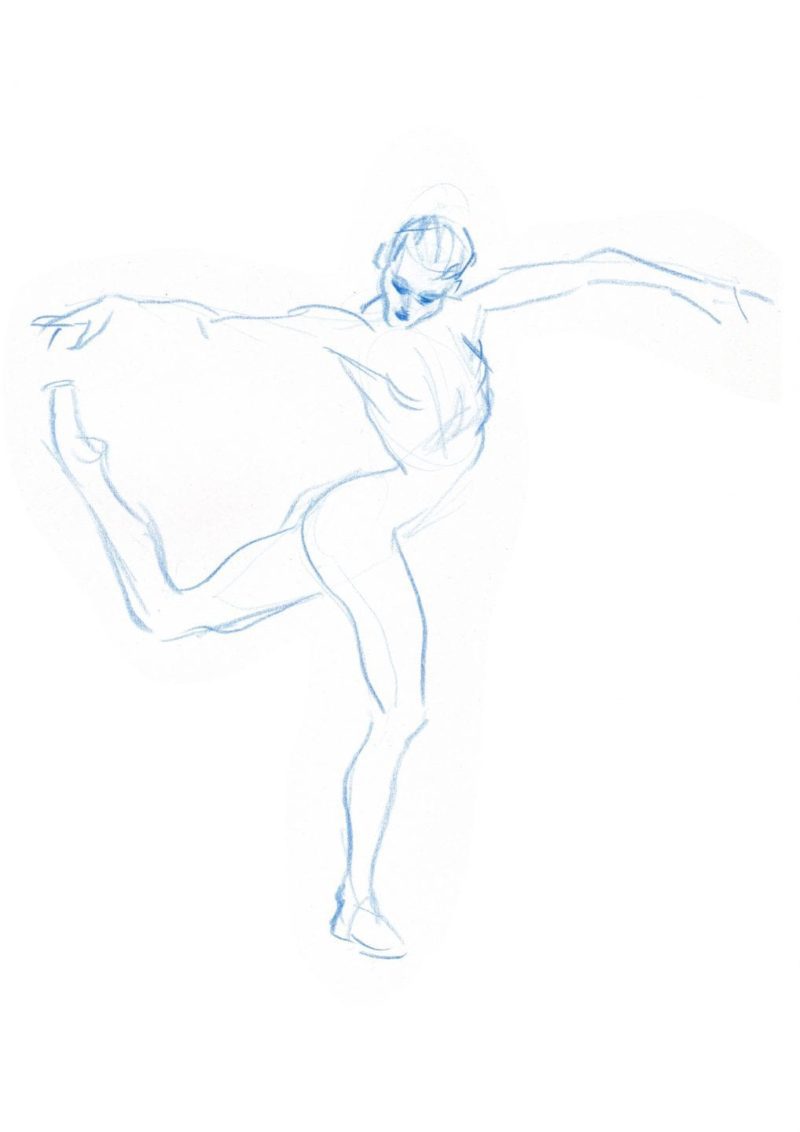 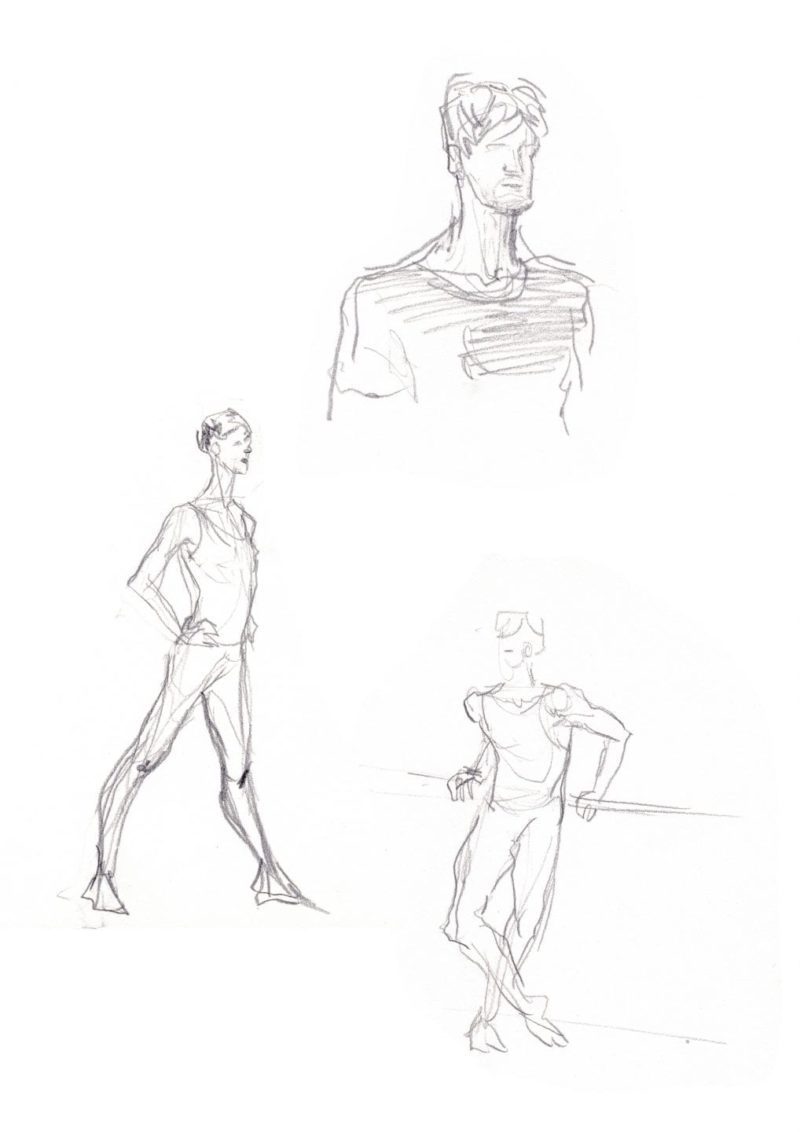 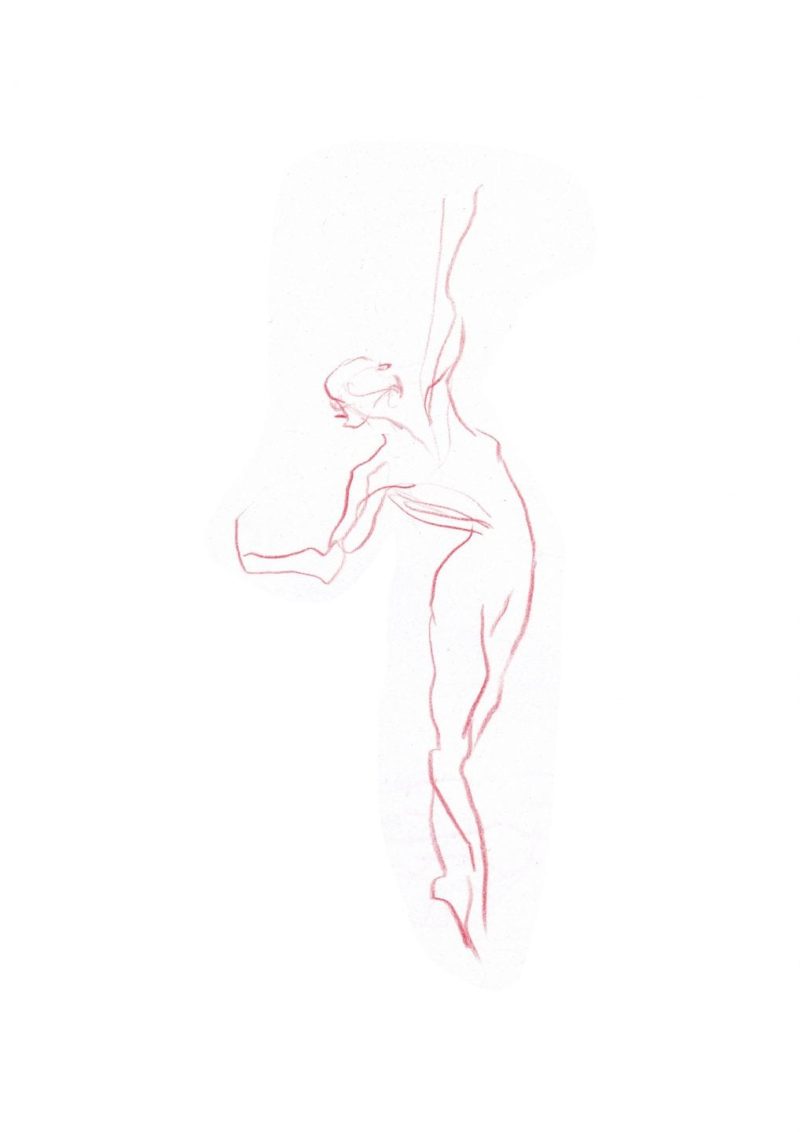 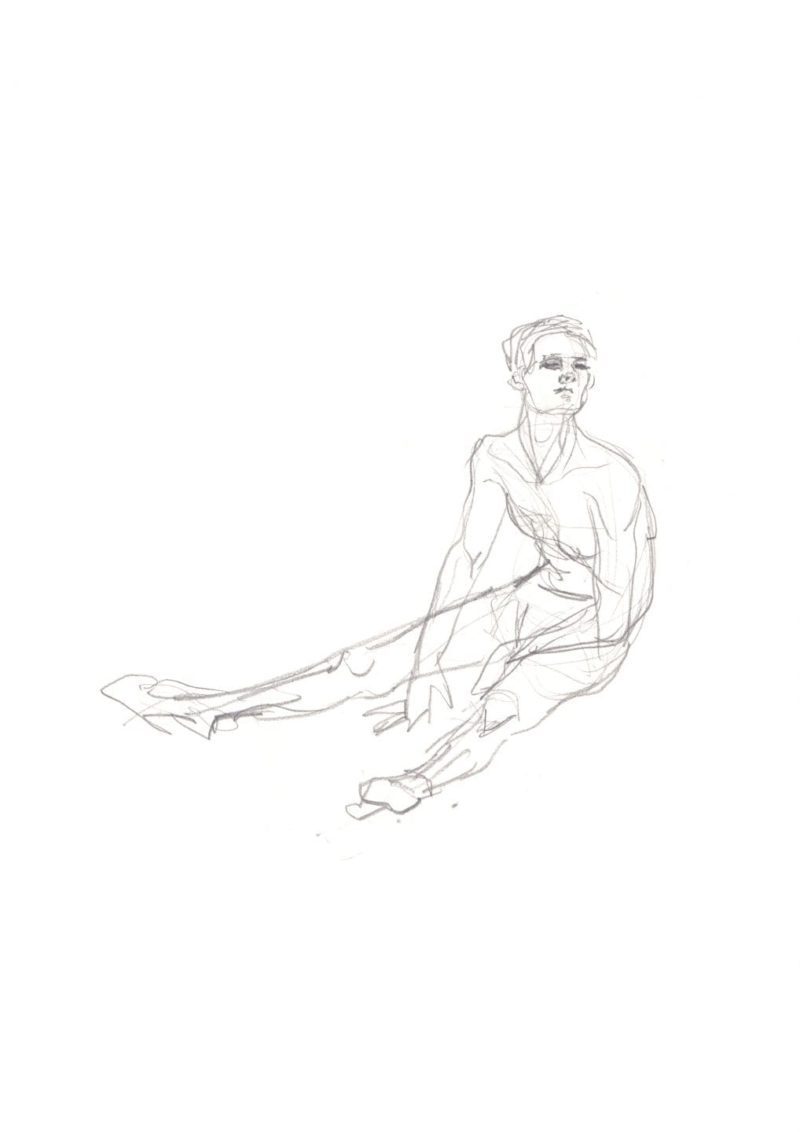 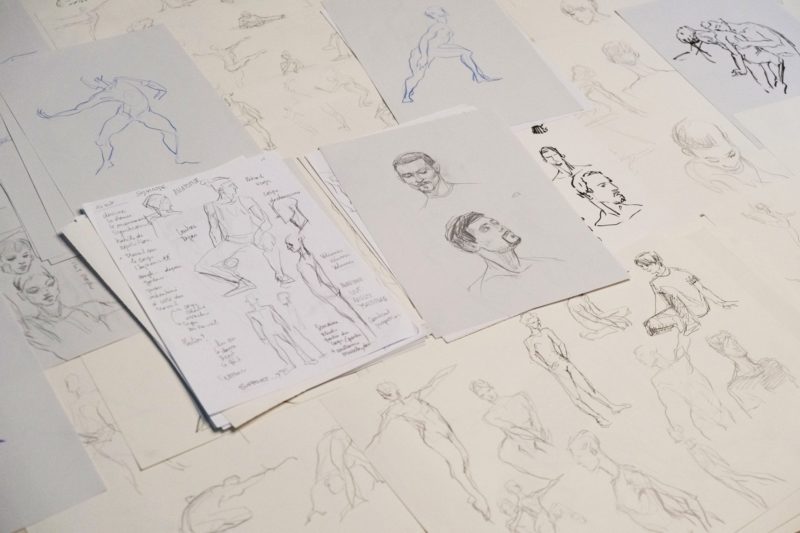 Twice a year, the Béjart Ballet Lausanne invites a Swiss artist to create its own art project in line with the company during the rehearsals in its studios.

A Snapshot in Time

Noémie Cosendai enjoys telling the stories of others with an unequivocal voice. As an enlightener, it supports the idea of a creator, materializes it, gives it a framework, and sets a depth and a storyboard line that must go to the essential. Generously.

So don’t mention a potential frustration of working in the background to the 30-year-old woman! She is driven by the spirit of participation, by the joy of being in a permanent exchange with the person who puts the idea forward and the person who represents it, the ping-pong rally feeds her and raises her. Passionate about everything she touches, the young woman is in complete harmony with it.

She isn’t keen on choosing one discipline over another. She was lucky enough not to have to choose between music, singing, art history and archaeology when she was a student. While the balance was reached, physically, intellectually and artistically, the assault of pre-nodules coupled with vocal fatigue disrupted it, thwarting one of Noémie Cosendai’s professional dreams. “I was sad not to sing anymore, but it gave me the opportunity and joy to rekindle my interest in drawing and to embark on new adventures. When I was a child, drawing was my preferred medium of expression and all my school notebooks were full of them. We grew up in the bush in Africa with my brother and sister. We were home schooled and since there was no television, it made us much more creative! »

A drawer by nature and by passion, Noémie Cosendai first worked as an illustrator before blossoming into a storyboarder. But she has always had the body at the end of her pencil. Its elasticity and expressiveness, the tangible nature of its spatial presence as well as its ability to represent the idea of living together. Dance… could only win her over. “I was about to complete my training at the Geneva Film School when one of my teachers told me that Marc Hollogne was looking for someone to put his ideas on paper before presenting them to the Béjart Ballet’s team. The connection was strong right from the beginning, I was caught up in its momentum and I couldn’t stop drawing. Dixit was taking shape even if I was missing many of the basic elements, I had to convey his ideas. For example, he wanted a flamingo, already imagining the potential for a mirror effect between the bird on stilts and the dancers. »

The artist brings it to life in a few minutes and a few strokes without ever imagining that, one day, her pink flamingo would serve as a model for the masks worn on stage by the dancers. Mixed with pride and surprise, the feeling is strange, the emotion it arouses in Noémie Cosendai’s voice is intact. “We always have to start from a certain artistic blur, we lay things down, we write down a bunch of ideas on the paper, some of them stay in the closet, but it definitely stirs a lot of emotion when we see come to life what we visualized and quickly drew on a piece of paper …”

Perhaps the Vevey native could add that these miracles never happen on their own! As an immersive journey into the past and present adventure of Maurice Béjart and his company, Dixit successfully made its debut on stage in 2017, and now returns for a second round in Lausanne. It is now time for the drawer to embrace a new challenge: to experience her movement, the movement. Noémie Cosendai has always been fluid and directive, doing so with the urgency of setting things, except that this time it is not a question of capturing an idea, but the evidence of an emotion.