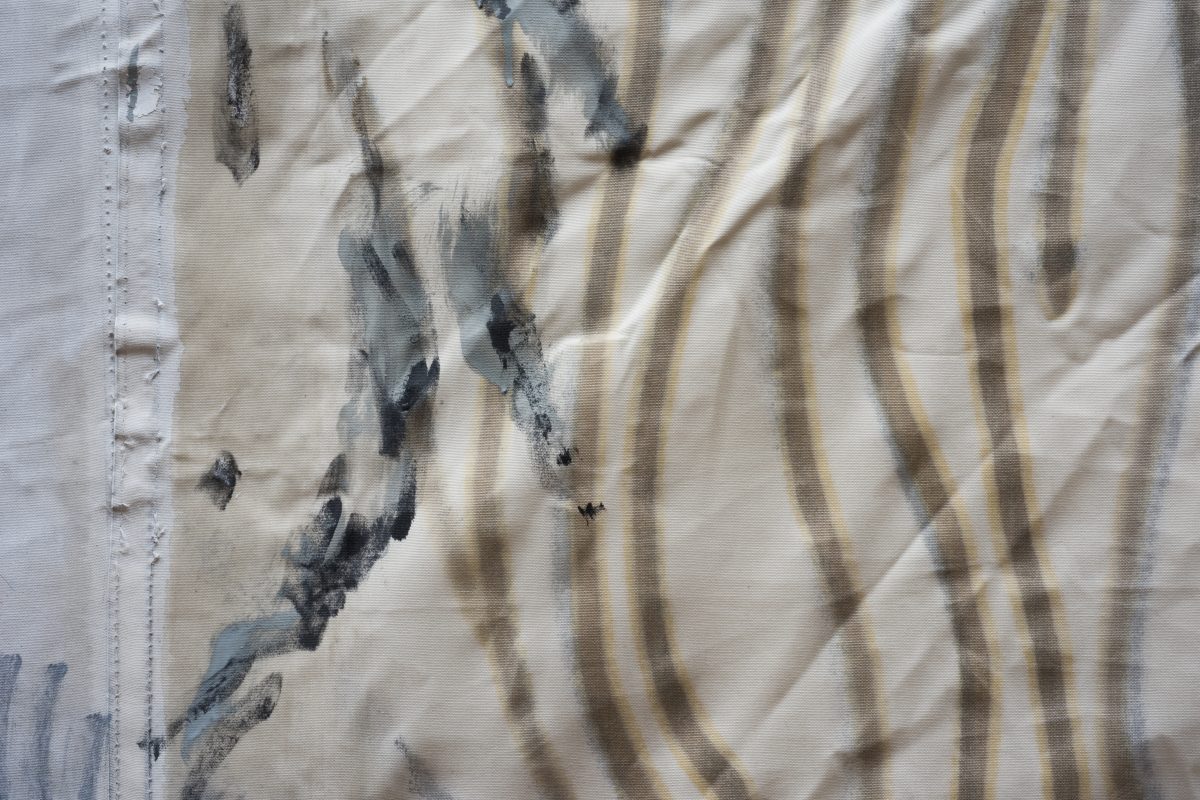 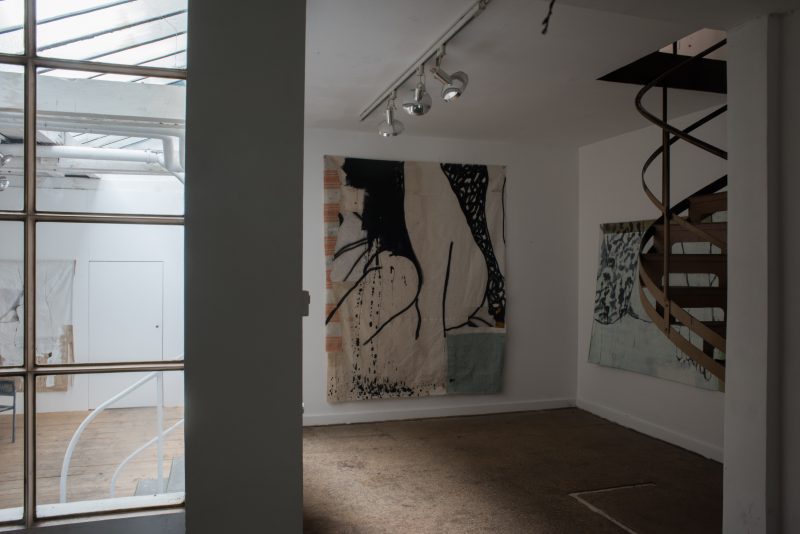 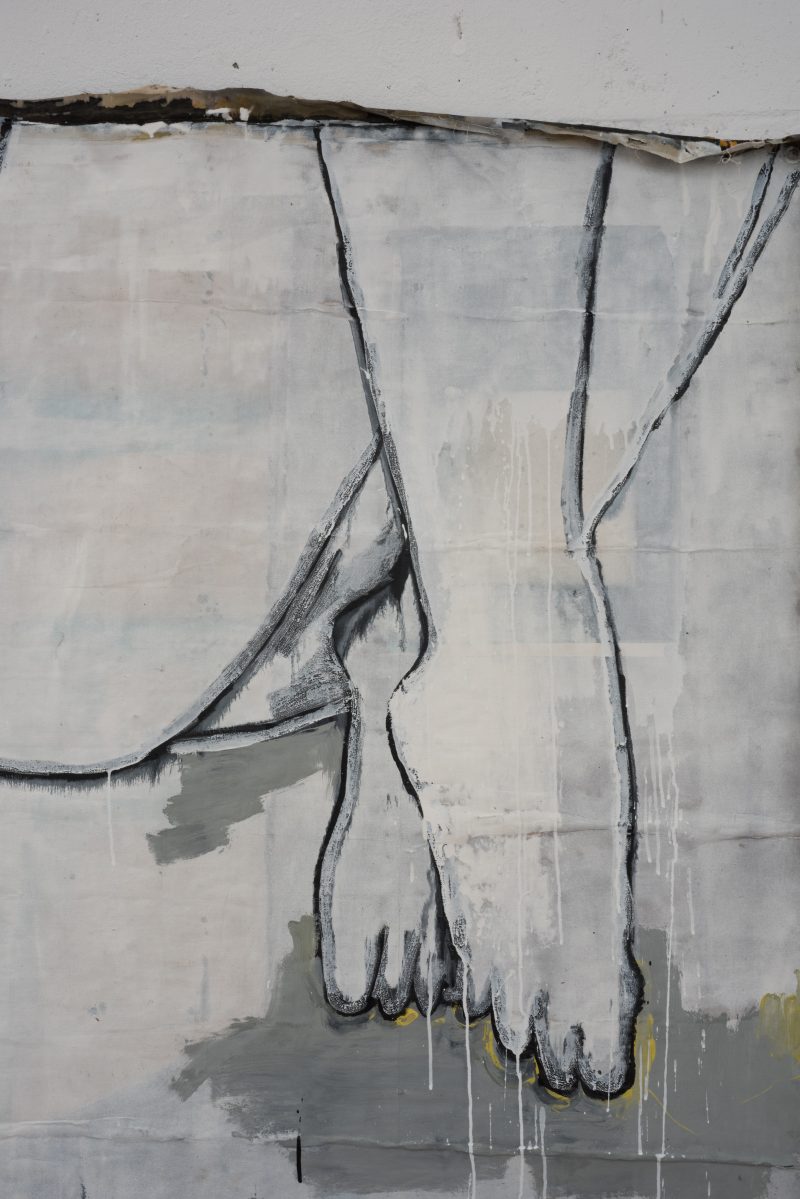 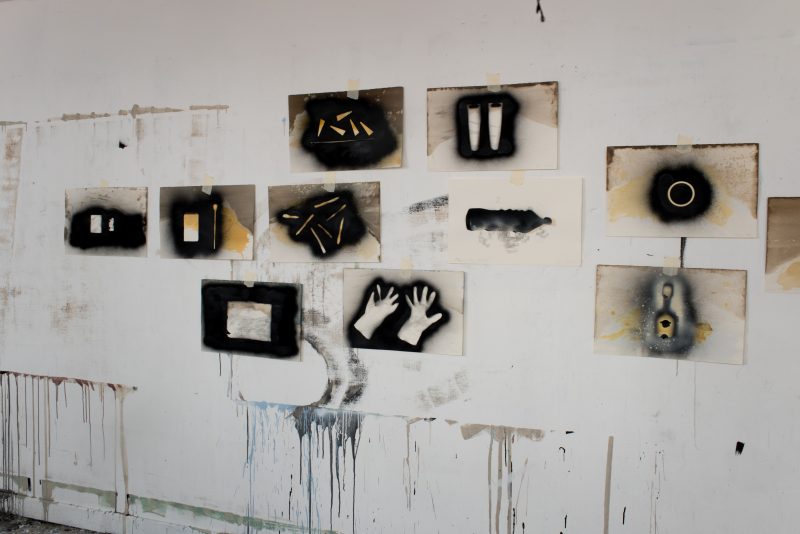 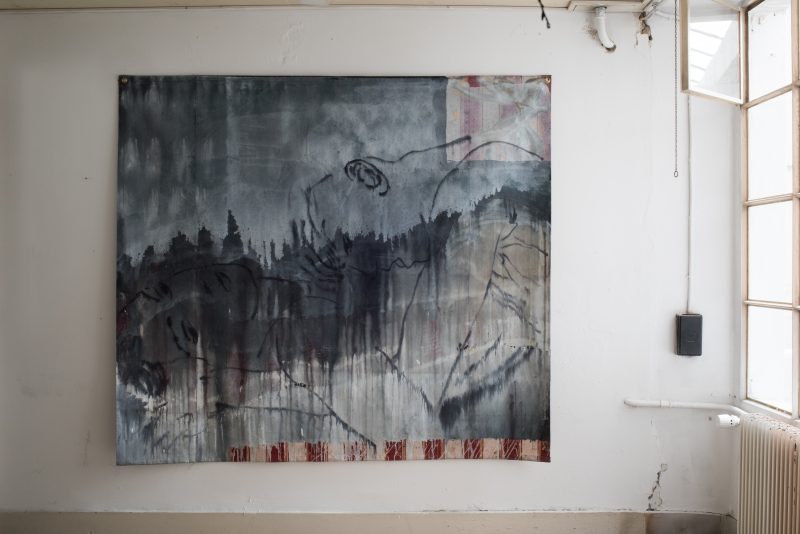 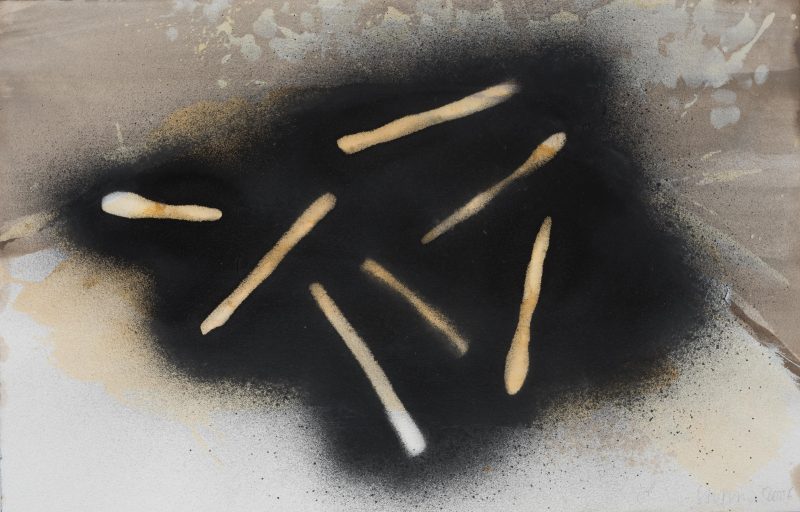 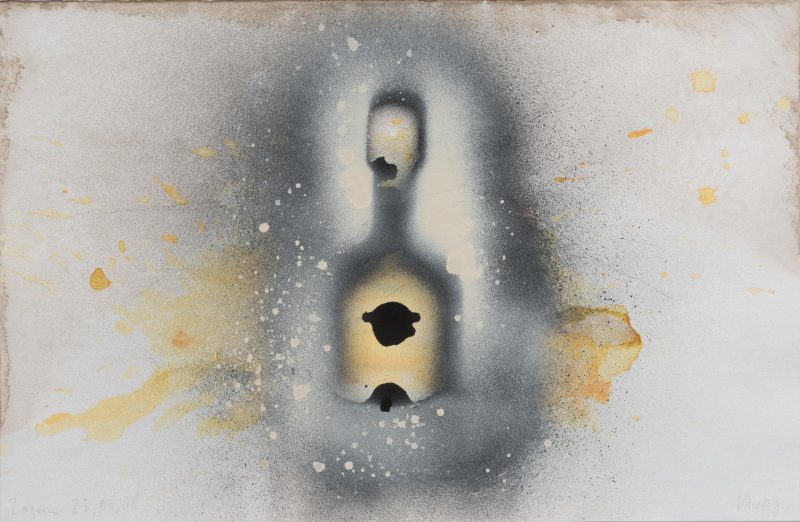 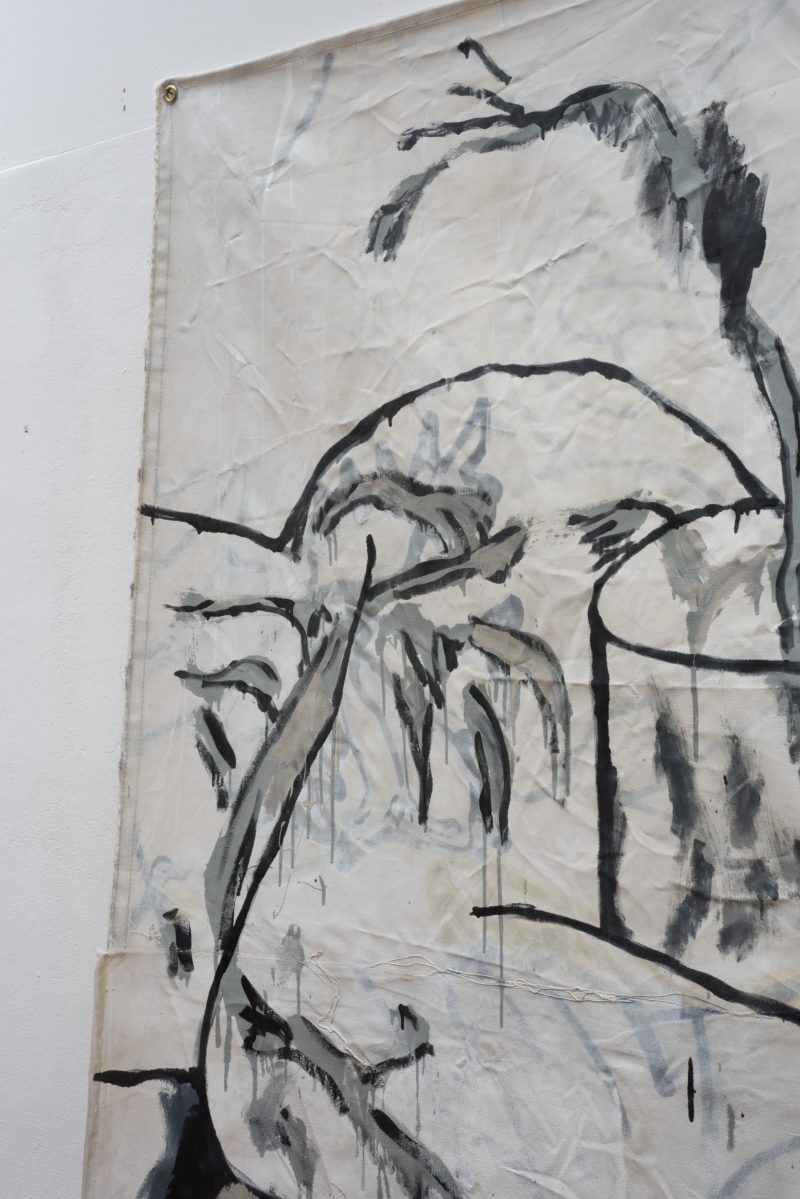 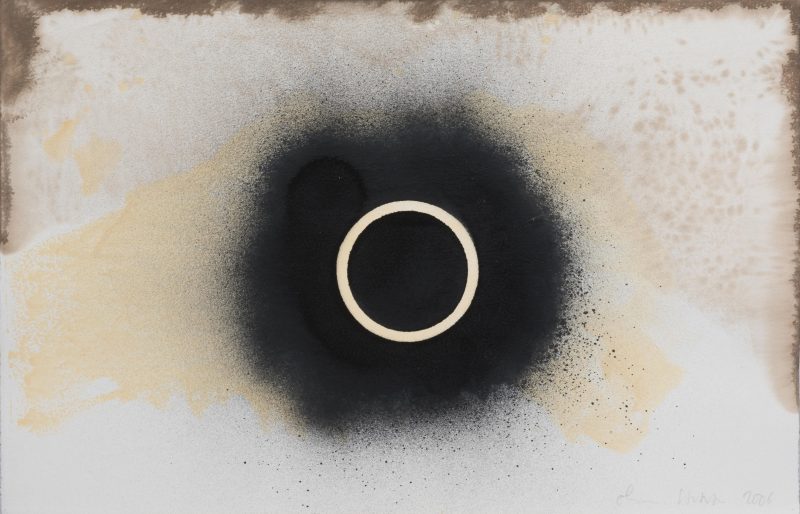 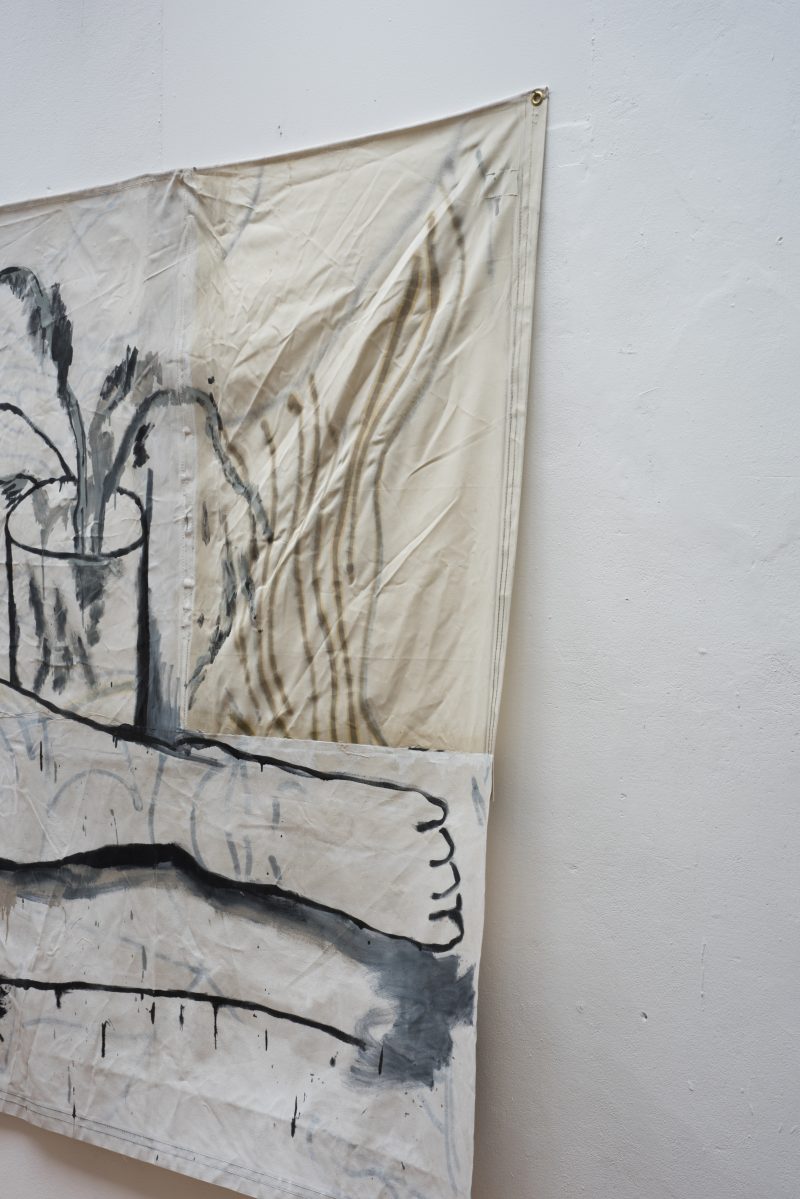 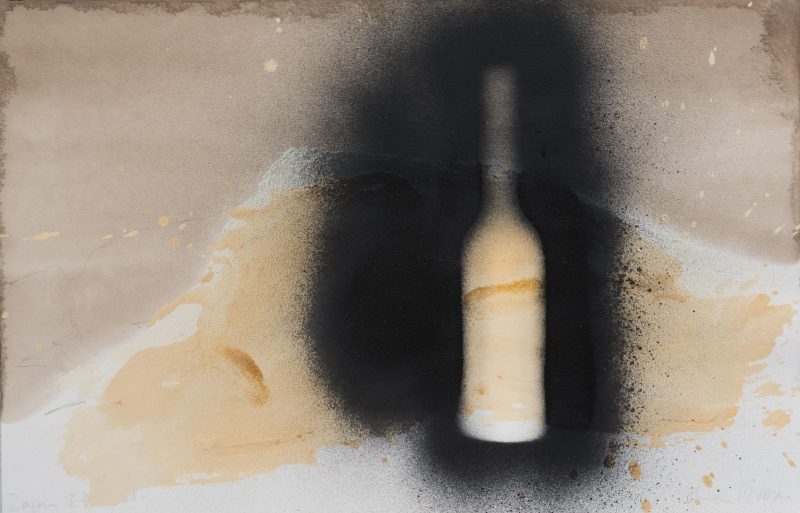 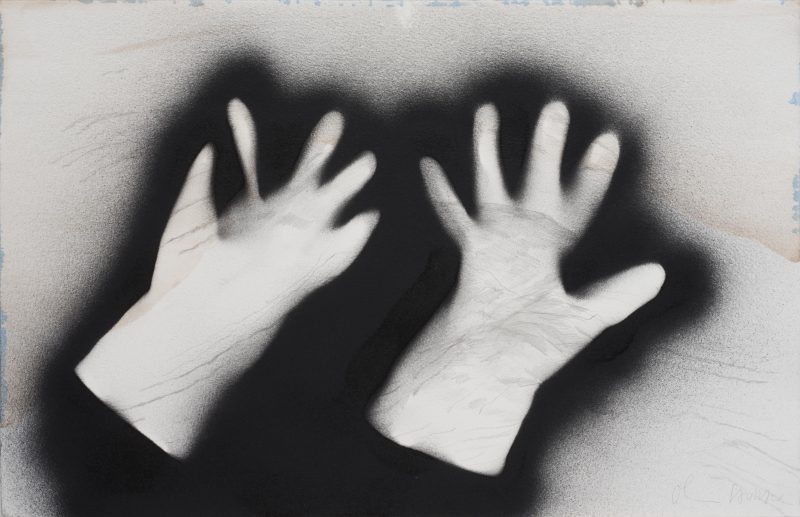 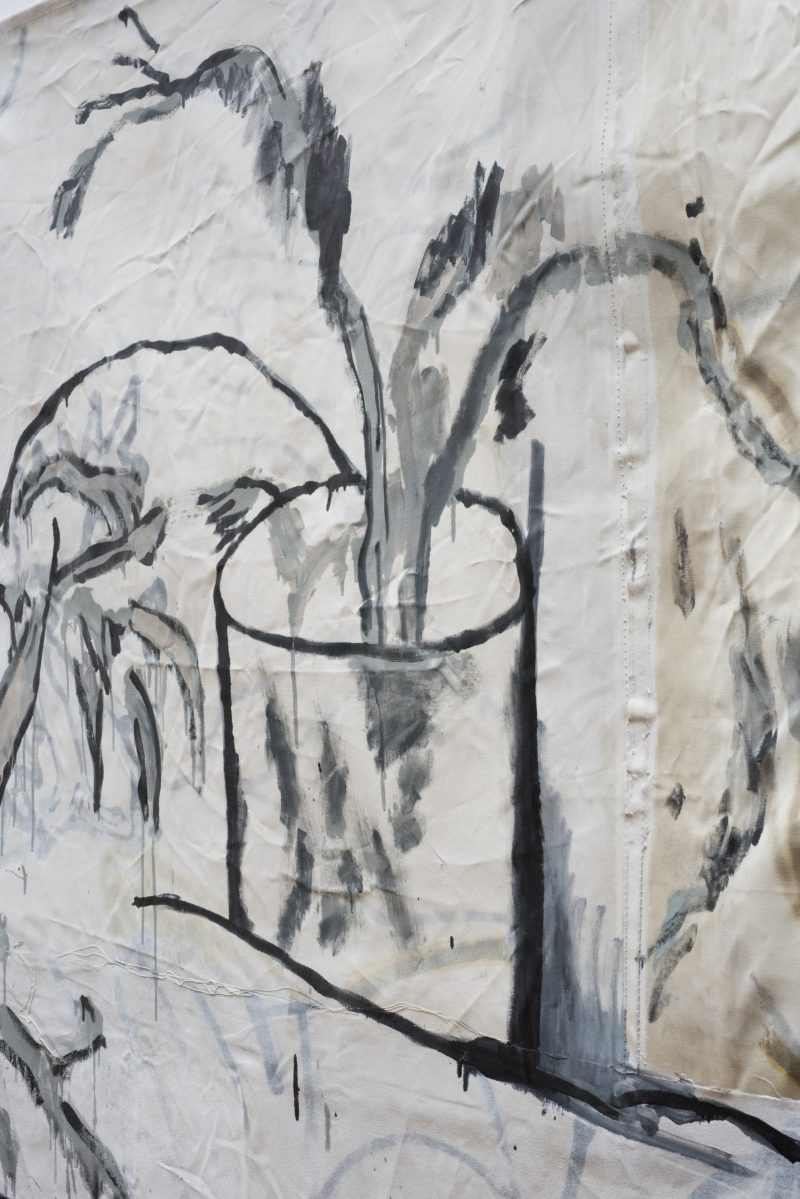 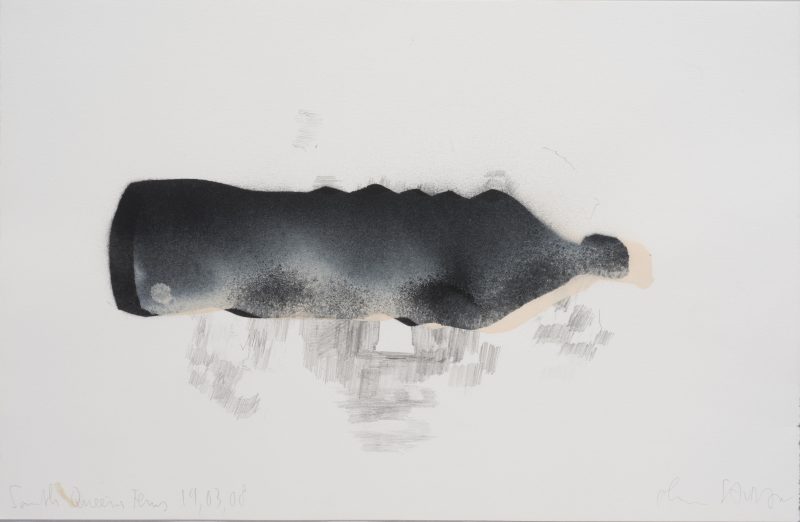 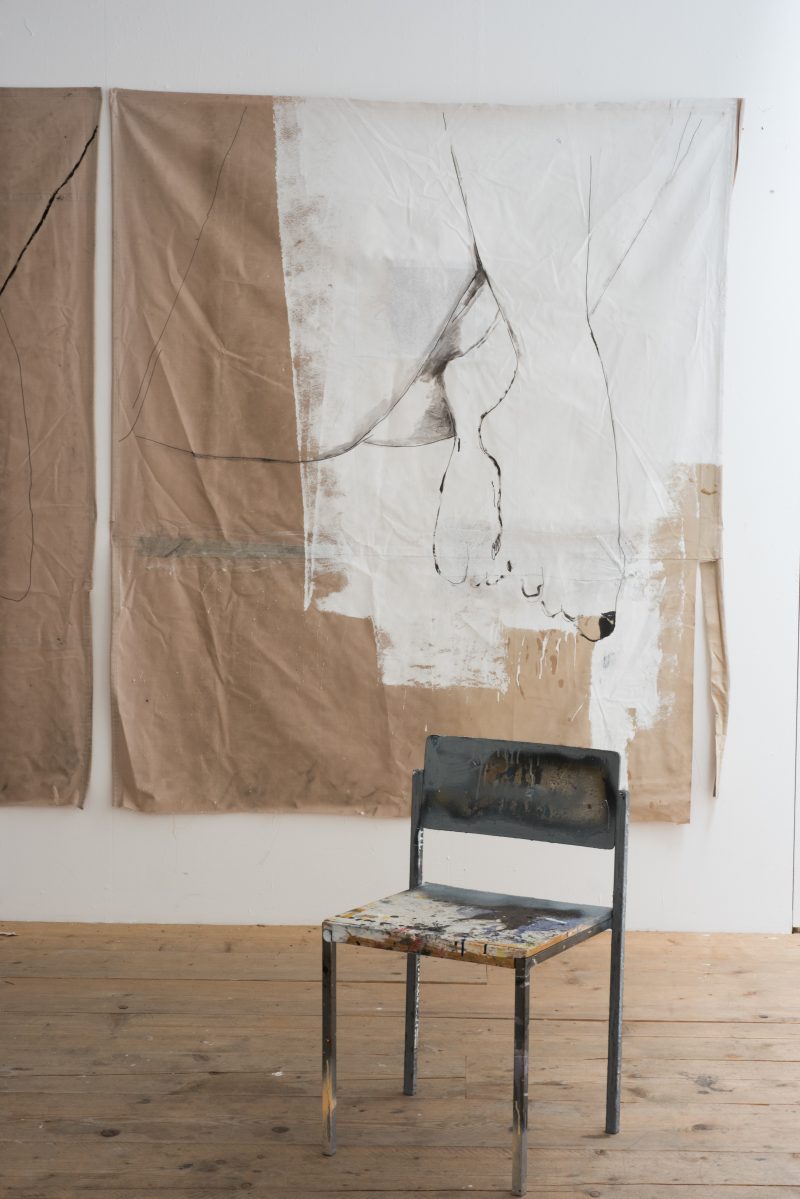 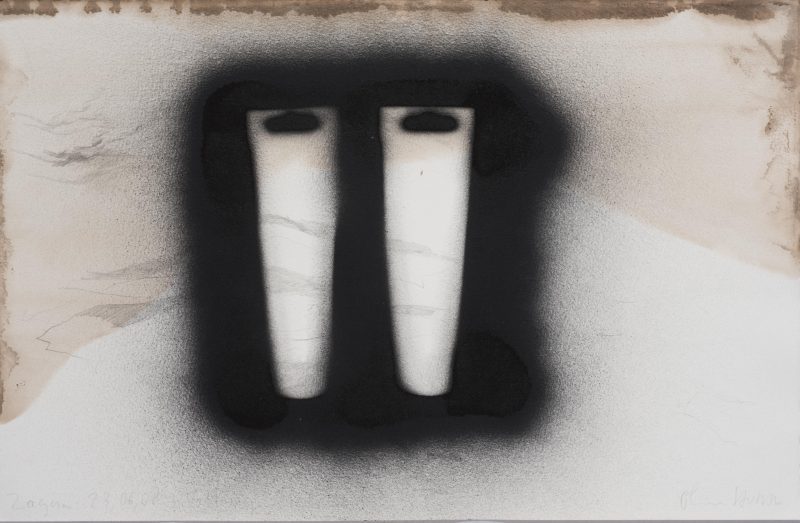 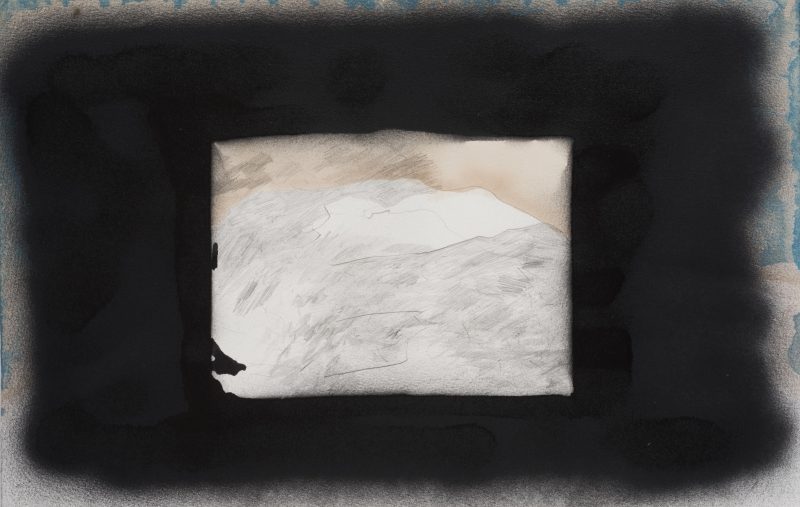 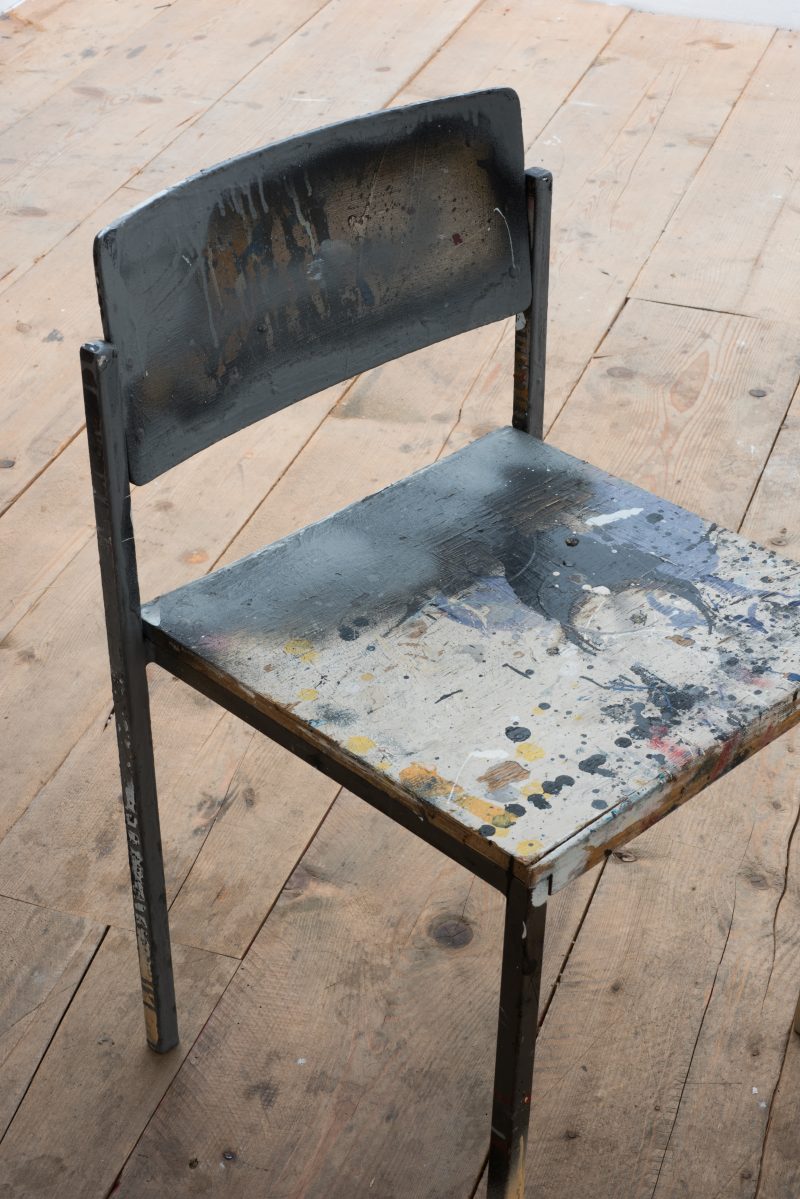 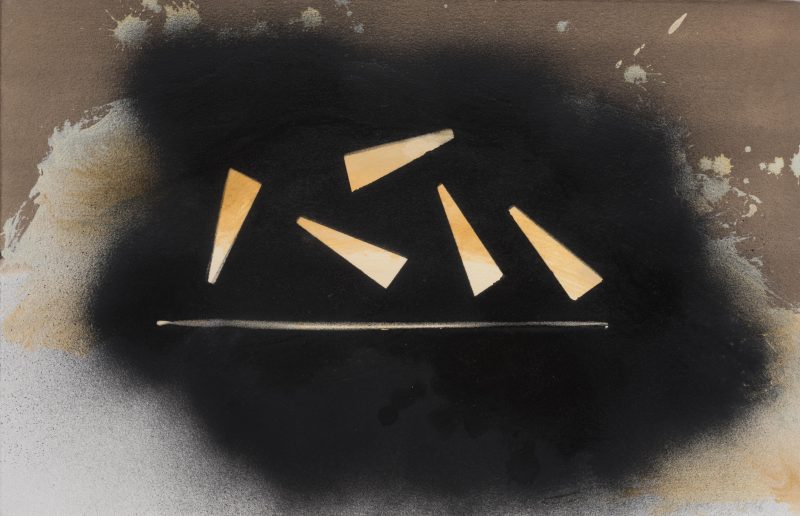 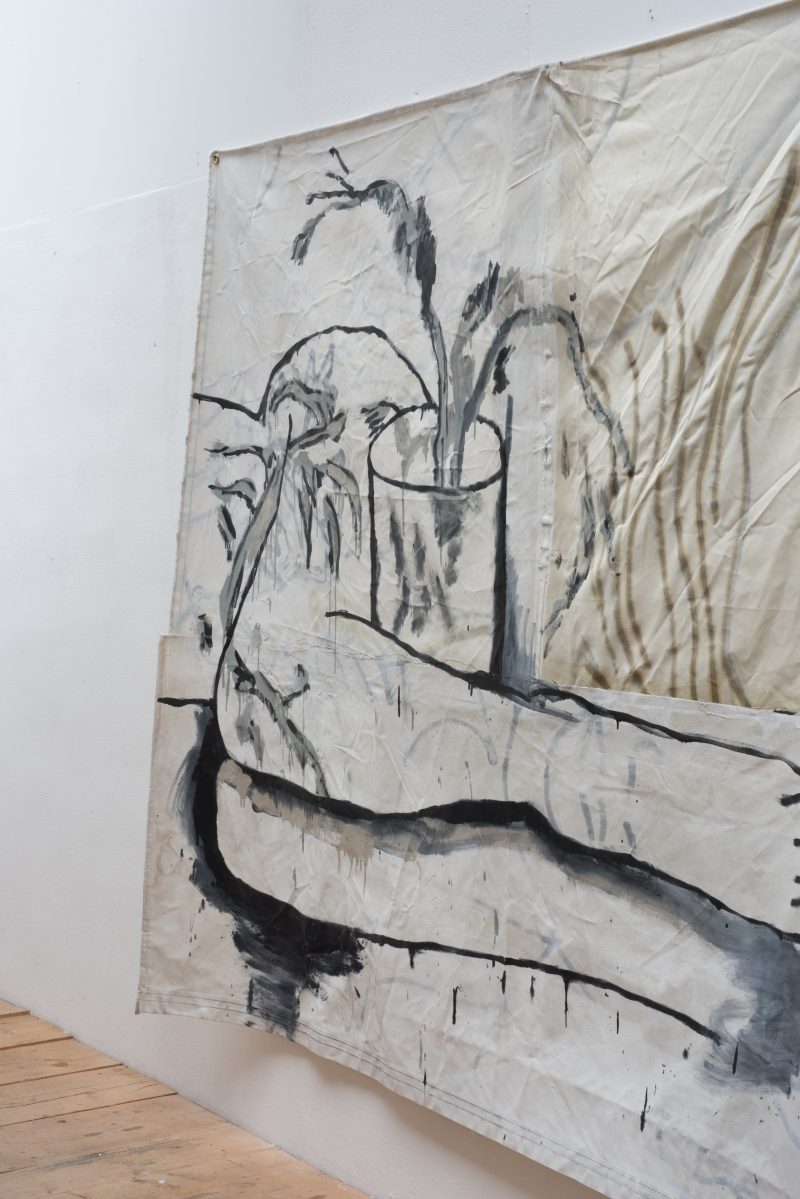 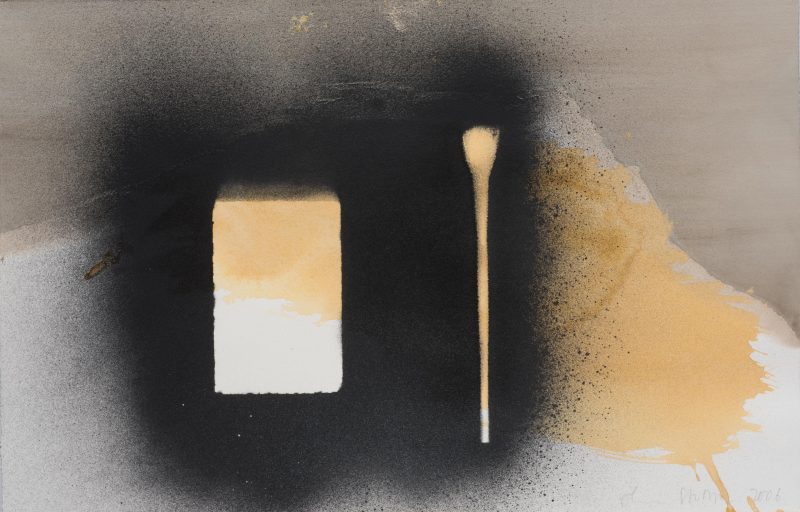 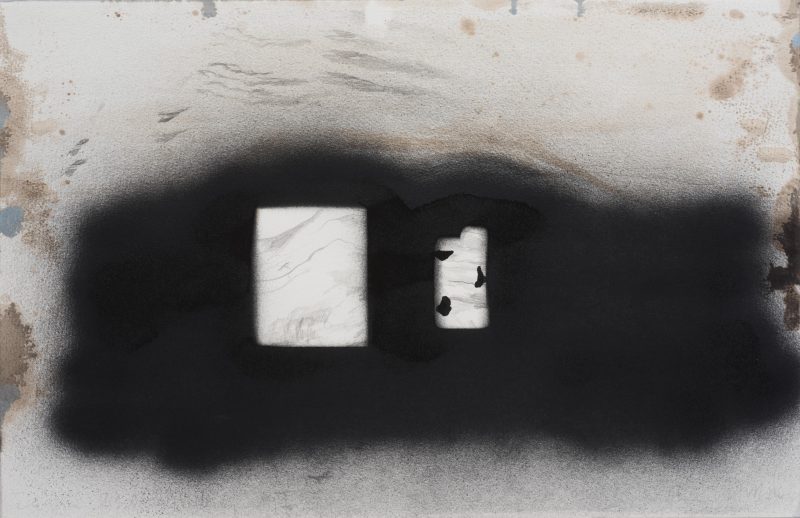 Oliver Saudan, so far yet so close to dance

The movement is somewhere else, out of his visual field. On top of that, his motion is out of frame, in a space where he can create his own magic.  To embody it. To repeat it. To fasten it with the required precision and control. Even the dancers are elsewhere in Oliver Saudan’s series. However, their presence embrace the painted space, lodged in the shadows of life. Their objects, so familiar, are absorbed into the mundane, the daily landscapes. A ring. A water bottle. A pair of gloves. A letter…maybe a love letter. True to his reading of the world through the contour of things, he holds onto a figure which can’t be revealed nor explained—it can only to be traced inwardly, timelessly. The choice made by the Morges resident, winner of Sandoz Price in 2007, seems bold! Subjectifying dance without letting it intervene? Without letting it follow its multiplying movements? Without any trace of a motion? Yet, as we get to the roots of the original vibrations and listen to the slightest pulse on his field—a human aggregate subliming the universe – we come across it.

« Often, we feel sucked in by our need for perfection and absolute harmony. Besides acknowledging the physical violence dancers have to deal with, I need to be there, I need to get even closer. The same way, I have a better understanding for where Bowie comes from when he drove to my workshop in his old Volvo, dressed with ragged jeans, only to be met with my wood engraving chatter. How can I put it? It’s almost a moment of intimate grace—much like reaching into your pocket, where lays the same coin, the same medal, the same lucky charm…and touch what is most essential. » Dance also reaches into the essence of things.

Olivier Saudan has met and embodied this art form! To the point where his rebellious adolescent self desired to chart his own path in it. Freshly offloaded in Lausanne, life brought him to Maurice Béjart as a stowaway.  Every time, the story evolves, every time, the being comes to life. Carried away. Enchanted. Transcended.

Life is offering him a return to the world of dance and luck has nothing to do with it. Passions are reignited and new layers are added to his work—acting as a link between the past and the present. This time around, it will be human, the same way his relationship to dance has always been. The Morgien invites us into his painted choreography and carries us as we chase the intimate movements of life. Why should we reproduce or reinterpret what has already been done? « I feel like I stole the dancer’s objects and a part of his being through the paint’s veil. I made a real novel out of it. »

Finally, Olivier Saudan was able to get closer to the pulsating heart of dance by moving away from the exegesis. Objects, reassuring fetishes, all show individual trajectories falling within a group movement. It’s all about the sacredness of things, the beings and the references they draw. Like dance!